As part of Panerai’s 2014 releases there have been a number of new entry-level 44mm sized pieces – three Luminor Base models and two Luminor Marinas, all containing the P.5000 movement. Today’s post is about one of them, the stainless steel PAM560 Luminor Base 8 Days Acciaio, which I had the opportunity to see in Sydney with thanks to Panerai (Australia). The others are the PAM561, PAM562, and for the Luminor Marinas, the PAM563, PAM564. Sometimes, amidst all the popularity of the limited editions, the Subs, the Bronzos and everything else, it’s easy to forget that there are many Panerai owners for whom it’s all about the simple things – the Bases. 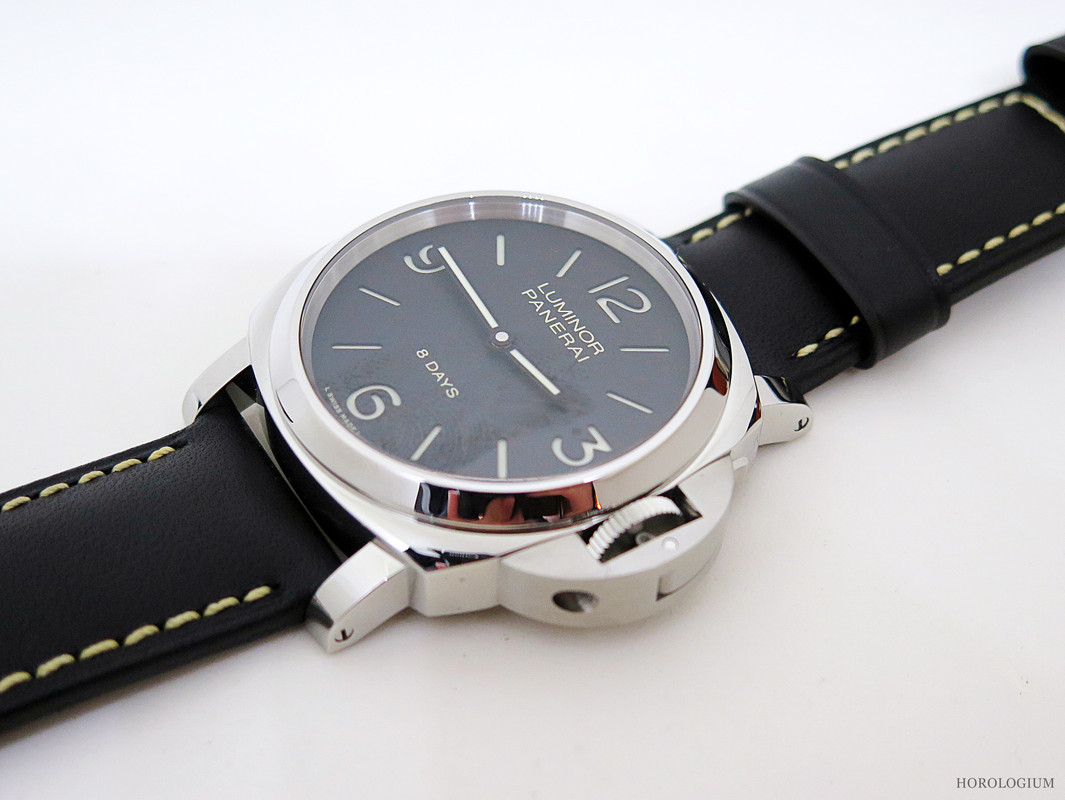 The PAM560, as mentioned, has the hand-wound P.5000 movement with an eight day power reserve, as the model name attests. This new Base has a black sandwich dial, the sandwich part likely to be one of its selling points. 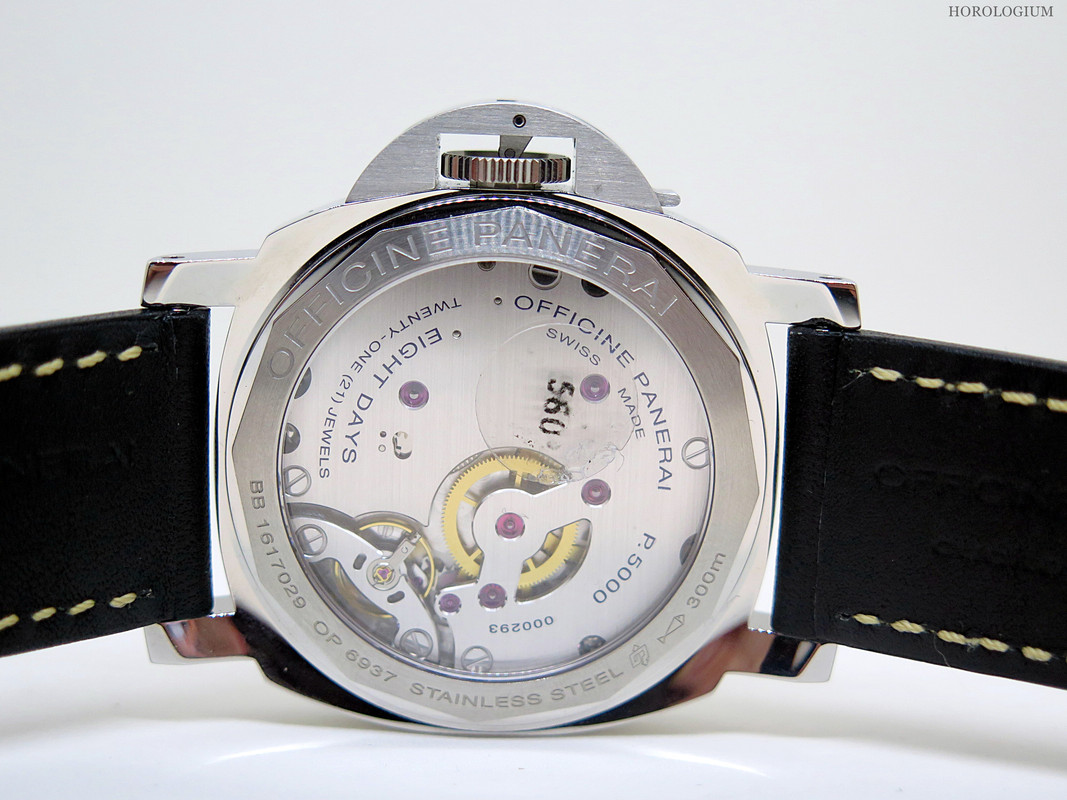 Water resistant to 30 bar (300m), the new PAM560 comes on a distressed calf leather strap with a Pre-V style buckle and with a second strap and tool to change between the two. Some of you may have noticed that the PAM560 looks remarkably like the PAM112, which has ‘Panerai’ on the dial in the same position as ‘8 Days’.

For those unfamiliar with it, the main difference is that the PAM112 uses the hand-wound Panerai OP X calibre, based on the ETA 6497, and has a 56 hour power reserve. It is still listed on Officine Panerai’s website, so whether it will be phased out for the PAM560 remains to be seen. The PAM 561 and PAM 562, the other two new Bases, are simply the same as the PAM 560 but stainless steel with a white dial and brushed titanium with a brown dial respectively. These model ‘upgrades’ as it were, will not only appeal to those looking to enter the world of Panerai, but also to those for whom the clean simplicity of the Base remains king.