Of all the abused words in the English language the word ‘unique’ is currently one of the most assaulted. Thrown around as though it is going out of style, it is applied with reckless abandonment to things of which there are more than one exemplar.

If something is ‘unique’ then it has the distinction of being the only one of something. Not one of two or five or ten; one of one.

Watches are not immune to incorrect descriptions of uniqueness when a list of superlatives runs dry, but today I share with you a watch which is truly a ‘one of one’.

To those who come to Horologium without knowing much about independent watchmakers I direct you to a few interviews I’ve done with some ‘indies’ as a starting point.

These are the men and women who, working singly or collaboratively, are driven to create for themselves rather than for another. Buying a watch from them is, as many of those who have done so can tell you, not just about a new timepiece but also about the watchmaker, particularly if you’ve had an opportunity to meet or talk to him or her.

You may find yourself getting to know the watchmaker, what motivates them, what moves them, their histories and their dreams for the future. The ability to email with, speak to, or even share a drink with the person who is intimately involved with the creation of what ends up on your wrist is something special. What can make it even more special is the ability to order a bespoke piece. 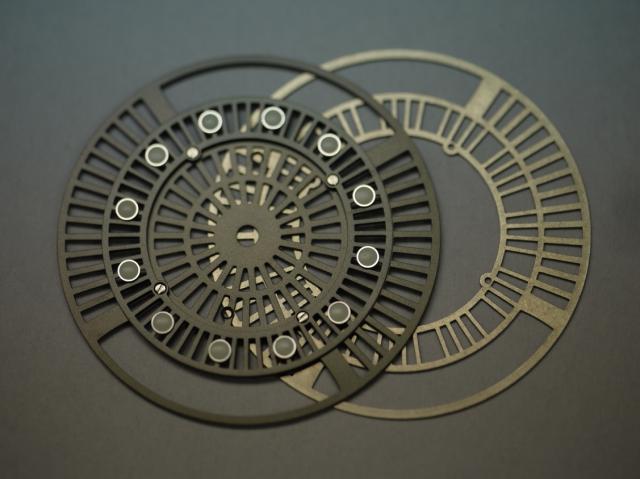 So what of this watch?

There was always going to be a Stepan Sarpaneva in this collector’s watch box, it just so happens that it has turned out to be a pièce unique.

How does one get to the point of owning a bespoke Sarpaneva? Well it starts with looking at the evolution of Sarpaneva’s watches, and of how he depicts his singular moon.

The first Sarpaneva considered was the Korona K3 Lilith ‘Black Moon’, for its alluring moody dark tones and the depiction of the phases of the new moon.

Known for writing with erudition and an often sharp wit about matters not restricted to those horological, this is a collector for whom words and a great story are important. The legend behind the K0 ‘Wuoksi’ model (see below) made it a tantalising possibility, as did its appeal as a diver with ‘that’ moon and the added ‘stealth’ factor beloved by many watch collectors, but there was just something missing… 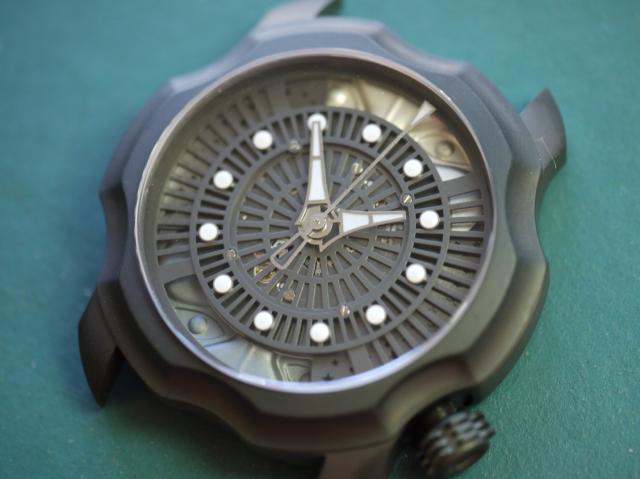 As I’ve mentioned in an obliquely related example, the Southern Hemisphere can be sometimes forgotten when it comes to timekeeping. Discussions took place between watchmaker and client, the result of which was the moving of the moon to the bottom (the south) of the watch. Inspiration struck, and the collector asked whether it might be possible to have the first ever Sarpaneva watch with two moons, one representing the new and the other the old, to show the waxing and waning of both. Why have one Sarpaneva moon when you can have two? 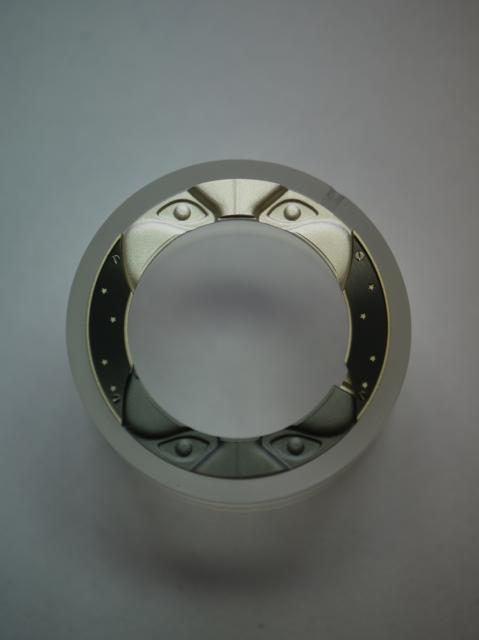 From that point the watch’s development was down to decisions about the colours and materials for the moon, sky, dial, hands, case. Inside would be the modified Soprod A10 (for the moon) which is Sarpaneva’s movement of choice. The A10 has 28,800 VPH and a 42 hour power reserve. Outside would be a 46mm DLC case of 10.5mm height with brushed steel grey hands, grey sky, grey dial, and silver and black moons, to complete the ‘stealthiness’. 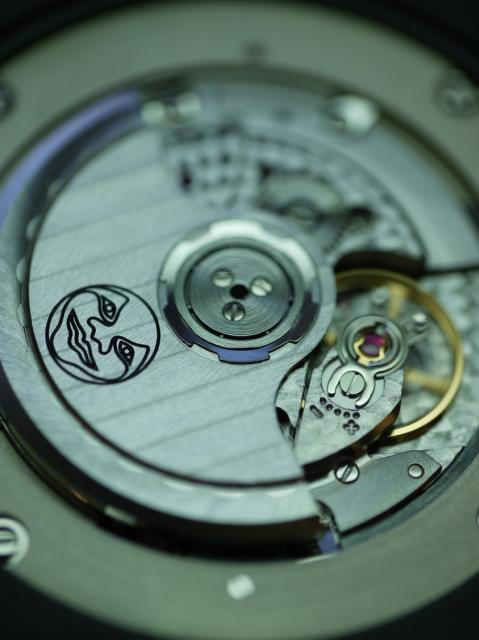 For added added under-the-radar ‘stealth’, the Sarpaneva nameplate is not on the dial. 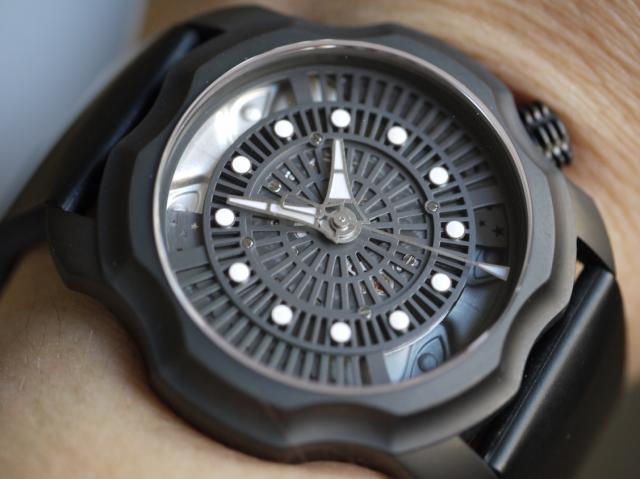 Having graced the wrist of its new owner since late April, he can now report on how it wears. It has been worn casually and with business suits, and has fitted in neatly with both. Comfort-wise, the rubber strap (well it is a diver, although there was a frogskin option) has made the 46mm watch sit very well and at ease on his wrist.

So, do you too desire a watch made by a Finnish motorbike fanatic with an impeccable design lineage to boot? Visit his website to see his full range, including his collaboration with MB&F. 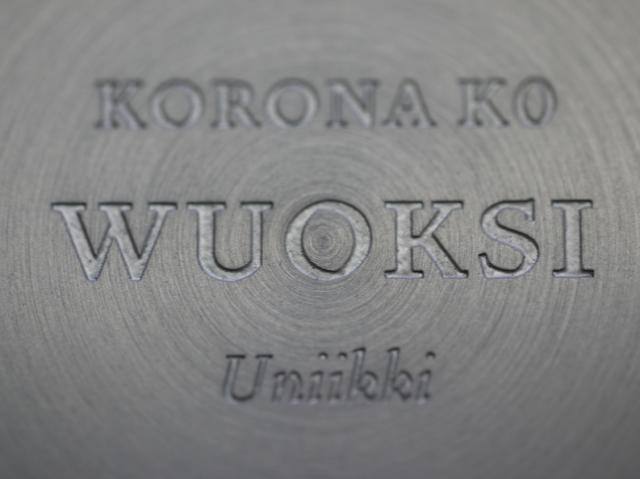 If you are interested in a bespoke piece, the Finnish word for ‘unique’ is ‘Uniikki’, which is engraved on this watch’s case back. To find out more about Stepan Sarpaneva, click here for an interview I did with him last year.

What is the legend behind the Wuoski piece? It was inspired by a Finnish legend about a village smith whose daughters were snatched down into the murky mansions of a lustful underwater creature Näkki. The smith descended into the watery depths to rescue his daughters, but unable to reach the bottom, he had to turn back.

The anxious father wrought himself a waterproof time-iron that would be his salvation at depths he had never known before. But still he couldn’t save his daughters, not until he wrought a machine that also reveals the phase of the moon. He waited for the moment, when the sun and the moon were not aligned, for that was the time when the tide is as its weakest. He was now ready to dive again to the bottom of the lake, for the sake of his daughters.

The old Finnish word ‘Wuoksi’ has a double meaning both ‘high tide’ and ‘for the sake of something’. It reminds us of the smith, who dived into the depths for the sake of love.

[Photos provided by Stepan Sarpaneva and a gentleman collector]