This year Parmigiani has released some new watches but also given some an update (or face lift, if you will). Today is about one of the latter, the Parmigiani Tonda Metrographe, whose look has been refreshed in what I think is a good move, as the dial is now cleaner and more crisp.

What makes this new look better is that the chronograph sub dials at 6 o’clock and 9 o’clock have reverted, as it were, to a more traditional style, as opposed to the pronounced luminous ones in the previous model as seen below.

Another notable change is that the date has been moved up from 6 o’clock to 12 o’clock, decluttering the 12-hour counter, but perhaps the most dramatic change is the again more classically oriented addition of a tachymeter. In a happy note for those of you (and I know you are there) who prefer the background of your date window to match that of the rest of the dial, the new date discs here match the dial. A quirky note is that the number ‘1’ is in red. 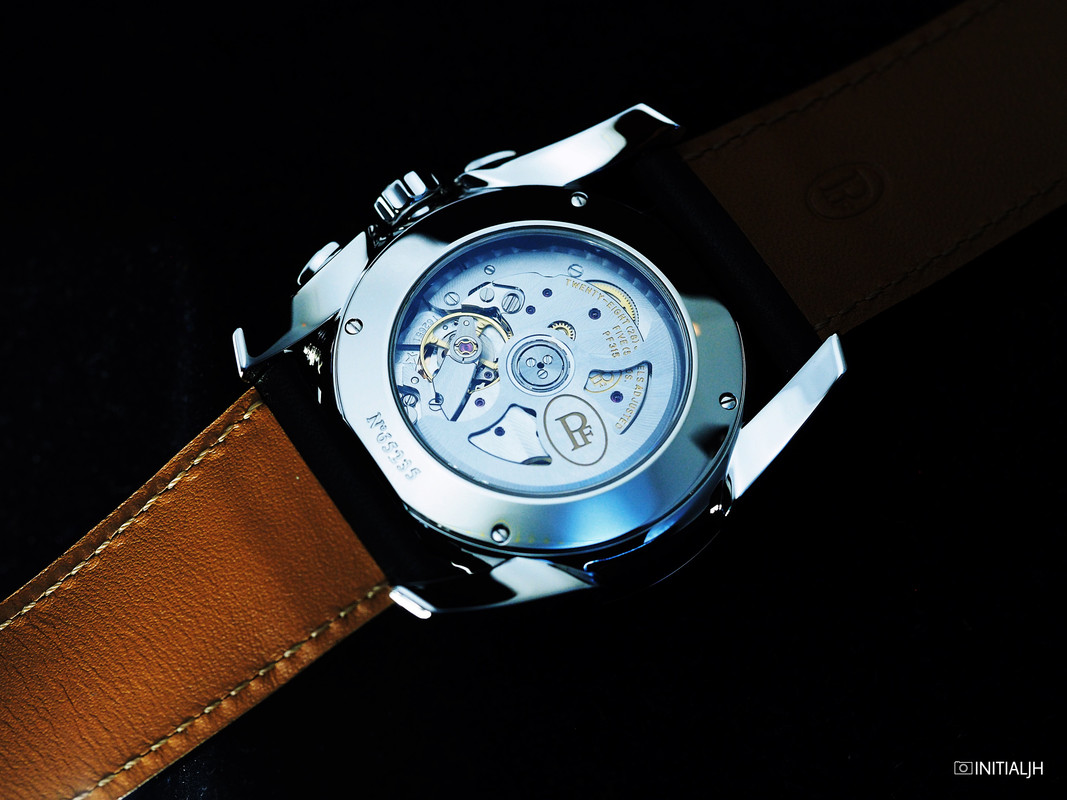 Inside remains the automatic Calibre PF350 with a forty-two hour power reserve. It is finished with bevelled bridges, Geneva stripes and engraving on the open-worked rotor.

The 40mm case features tear-drop lugs on the left of the case, whilst the chronograph pushers are (still) basically a part of the lugs, which gives the case’s side a rather pleasing ‘line’ and curvature to it. 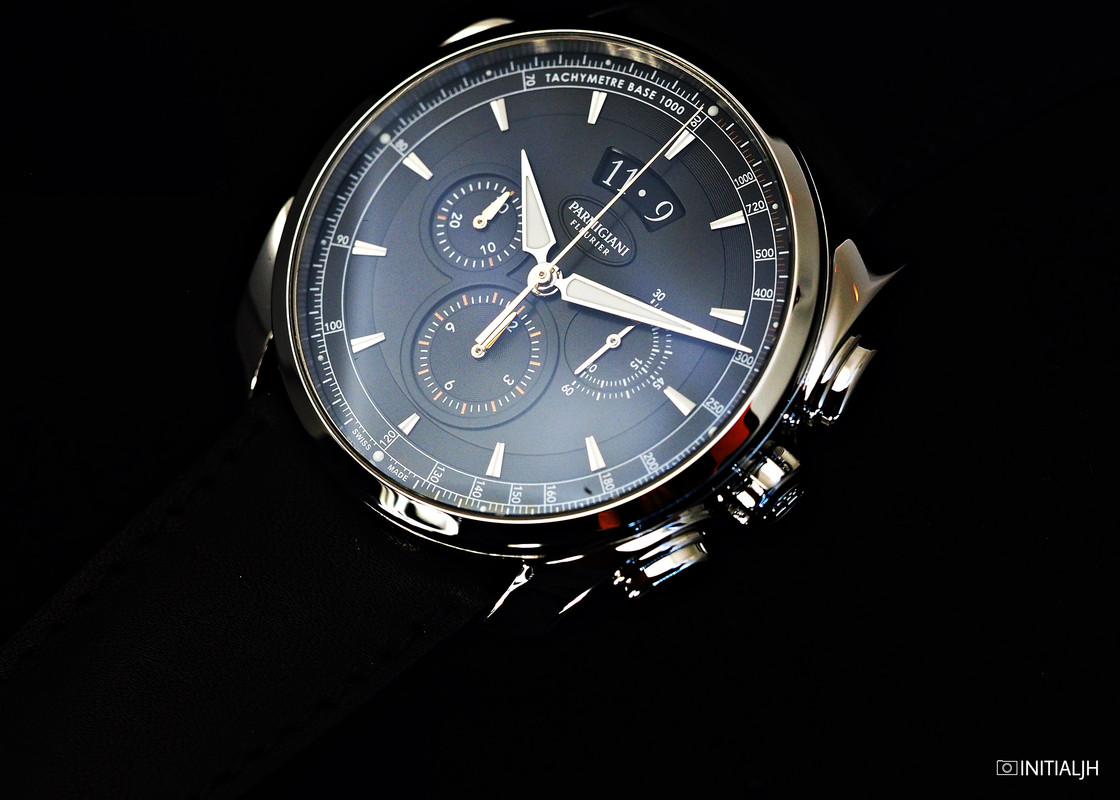 Coming on either a brown or black calfskin strap with a folding buckle, the price is CHF 11,50 for the strap version as in this post and CHF 12,000 on the bracelet.