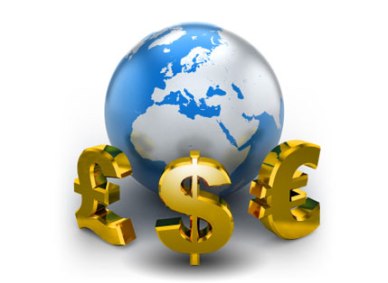 Two reports were released recently by Bain & Company and Euromonitor into the global luxury market for 2014.

Bain & Company’s thirteenth annual “Luxury Goods Worldwide Market Monitor” predicts that China is currently showing a -1 percent shrinkage (down from last year’s 2.5 percent growth) in 2014, as opposd to their May 2014 prediction that growth would be between 2 to 4 percent for 2014.

The reasons for the slowdown include the Chinese government’s ongoing corruption crackdown that has hit luxury gift spending, changing Chinese consumption patterns, and the ‘tourism dollar’, with increasing numbers travellers opting to shop abroad. This final factor is, of course, already a well-established part of the worldwide luxury market.

According to Bain the global luxury market is on target to reach 223 billion Euros in 2014, with 5 percent growth this year, down from 7 percent in 2013. With the exception of Japan, China and South America, markets are now strongly driven by tourism dollars. Chinese are the top and fastest growing nationality for luxury, spending abroad more than three times what they spend locally. Chinese consumption grew by 10 percent in the first eight months of 2014. Despite the marked domestic spending slump, the report states that Chinese consumers are still the top and fastest-growing nationality when it comes to luxury spending. Chinese tax-free luxury consumption in Europe grew by 10 percent in the first eight months of 2014.

Russian purchases are down by 3 percent, due to a slowdown of tourism flows, but show a positive trend of the very high-end segment. Middle Eastern is consumption up by 11 percent. Japanese travellers are down 15 percent.

Luxury accessories are 29 percent of the market, increasing by 4 percent in 2014, more than apparel or ‘hard luxury’, the next two largest luxury categories. ‘Hard luxury’, specifically watches, took a hit from the downturn in Asia.

When it comes to a physical shopping experience, over half of luxury consumers reported a preference for a monobrand environment, whereas online it’s the opposite, a preference for choice i.e. multi-brand (perhaps this is reflective of consumers ‘doing their homework’ online in terms of decision-making, and then once their decision is made, wanting the monobrand boutique experience?).

Points of note from Bain & Company :

For more details about the Bain report, click on this link.

As a ‘compare and contrast’ the new report from Euromonitor concludes that despite dropping from third to fourth place in the global rankings for 2014 China is on course to overtake Japan as the second biggest luxury market in the world behind the U.S. and predicts 4 percent growth in 2014 (see above for Bain’s contrasting prediction). Like Bain & Company, it also reports a repositioning of the Mainland Chinese luxury market, an increase in interest in more ‘acessible’ luxury brands, and slower growth in many Asian countries.

Euromonitor reports that Luxury sales in China increased by USD9.6 billion in the five years to 2014. The U.S. increased by US$18 billion. They expect real growth to come in at 4 percent in 2014, with a projected 6 percent for 2015. They also expect luxury expenditure to increase by 52 percent in real terms in the five years to 2019, driven by real gains in disposable income of 64 percent. It is not until 2019 that Euromonitor expects the aforementioned rise of China to be the second largest luxury market in the world. The largest luxury goods market, the U.S., is valued at USD78 million, according to their analyis. The fastest growing luxury market is India, with a real market value increase of 92 percent in the last half decade.

Euromonitor reports that clothing is still the biggest seller in 2014 but that accessories/ jewellery (43 per cent increase) and watches (25 percent increase) reported the greatest growth over the last five years. Their forecast is that sales will reach USD405 billion by 2019.

In considering both these reports and their conclusions regarding the tourism dollar, it is also interesting to note that in Nielsen’s recent Mainland Chinese Luxury Shopper survey, which polled 1,005 people online, 90 percent of those surveyed said that they plan their luxury goods purchases before they travel, with 38 percent having already decided what they will buy by the time they travel. Half of of respondents used official brand websites and 49 percent, socal media, for their primary resarch into their purchases. Something for brands to consider.