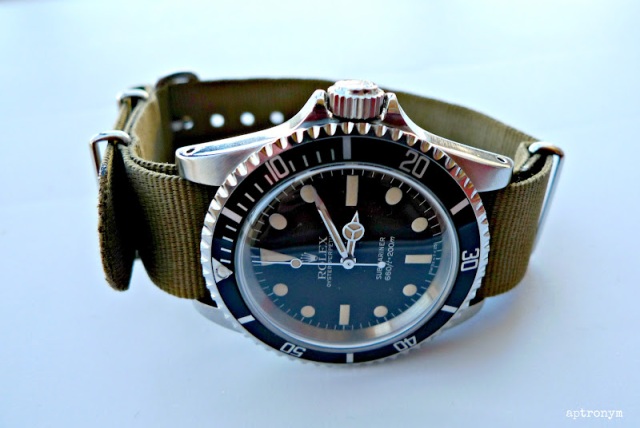 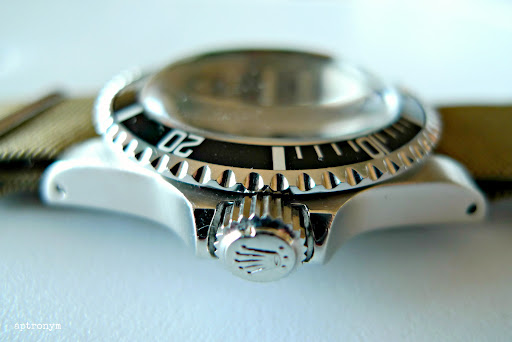 The 5512 and 5513 were both fitted with the oversized crown which became a standard feature of the Submariner line, and came initially with a pointed crown guard, but later changed to the more rounded crown guard. Sometime in the early 1960s, Rolex discontinued the use of radium paint for the indices, switching to the safer Tritium. 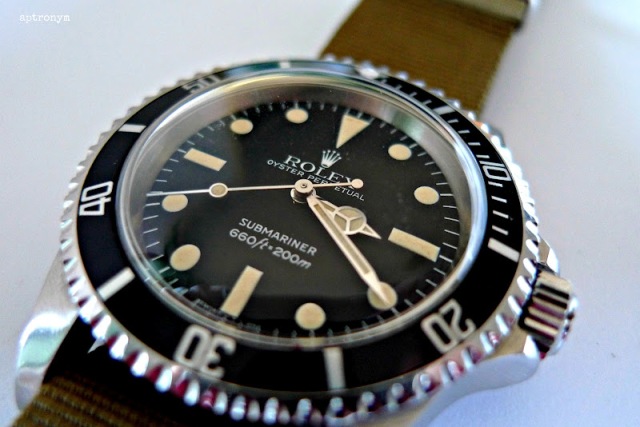 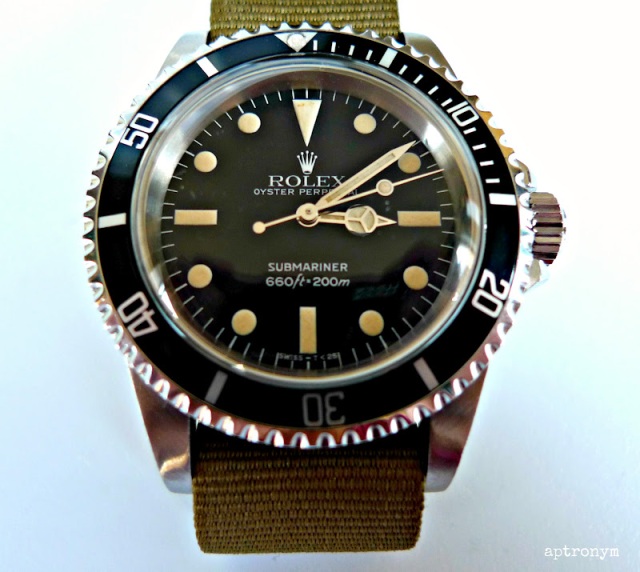 What is a ‘maxi dial’? Well the term was first used by Rolex at Baselworld 2003 to describe the larger luminous dots on the Reference 16610LV. It was then appropriated retrospectively by vintage Rolex collectors for vintage Royal Navy Submariners, and then taken back even further, chronologically, to refer to older Submariner models. A close examination shows that the post-1975 maxi dials share two characteristics: larger lume dots and generally bolder text, especially for the depth rating and ‘Submariner’. 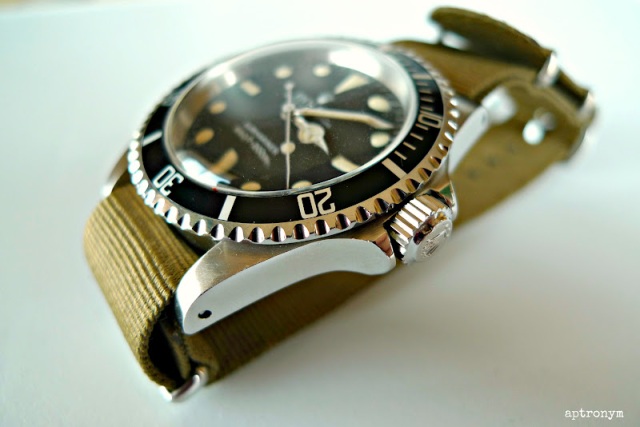 The Type IV shown in these photos is the second-to-last known style of matte dial for the 551x reference, showing up on Subs with high 6 million case serials until around about the late 7 millions.

Even if you’re not an old-school Rolex fan, you have to admit that this is in pretty damn good condition, and a classic versatile watch.

So … have we turned you into a possible vintage Rolex sports watch enthusiast yet?