De Bethune’s very singular use of meteorite, remarkable not just for how different it is to the use of this material by other brands but also in and of itself, is something that we have covered before.

The Dream Watch 5 had been precisely that, and remains one of the most memorable timepieces I’ve had the good fortune to see. The DB28 Kind of Blue Meteorite was more conventional than the Dream Watch, but still a pièce unique. Now, De Bethune has announced the DB28XP Meteorite, in which this material is confined to the dial, within a black zirconium case, and in a limited edition of ten pieces.

The new piece is the first time that Denis Flageollet has used Muonionalusta meteorite. We have mentioned this particular meteorite before, so you can read about it at either that link or this one.

Believed to have struck planet Earth more than one million years BCE somewhere between Finland and Sweden on the banks of the Muniono river, it is is probably the world’s oldest known discovered meteorite to date, which was discovered in 1906 near the village of Kitkiöjärvi between Sweden and Finland. It was given its name in 1910 by Professor A. G. Högbom, who named it ‘Muonionalusta’ after a place nearby on the Muonio River.

Composed mainly of iron and nickel, it is distinguished by the perfectly geometrical lines of its 60° angle cross-hatched “Widmanstätten” pattern. 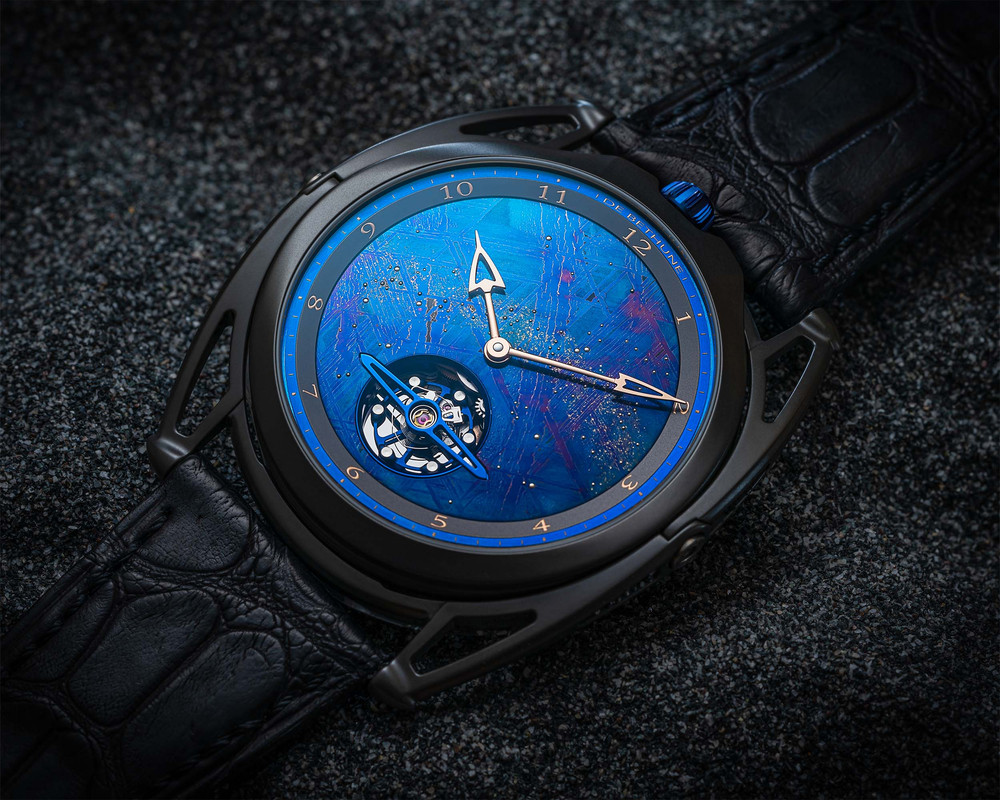 The thermally blued meteorite dial is set with gold pins to represent the stars of the Milky Way. For those familiar with De Bethune’s starry skies, you will know that the constellation can be customised to a specific place, time, and date. The aperture at six o’clock, through which you can see the balance, is enclosed by a chamfered blue polished steel rim. The dial side also features a zirconium hour ring, a transferred satin-brushed titanium minutes ring with Arabic numerals, and polished pink gold hands like those found on the DB28XP Starry Sky. 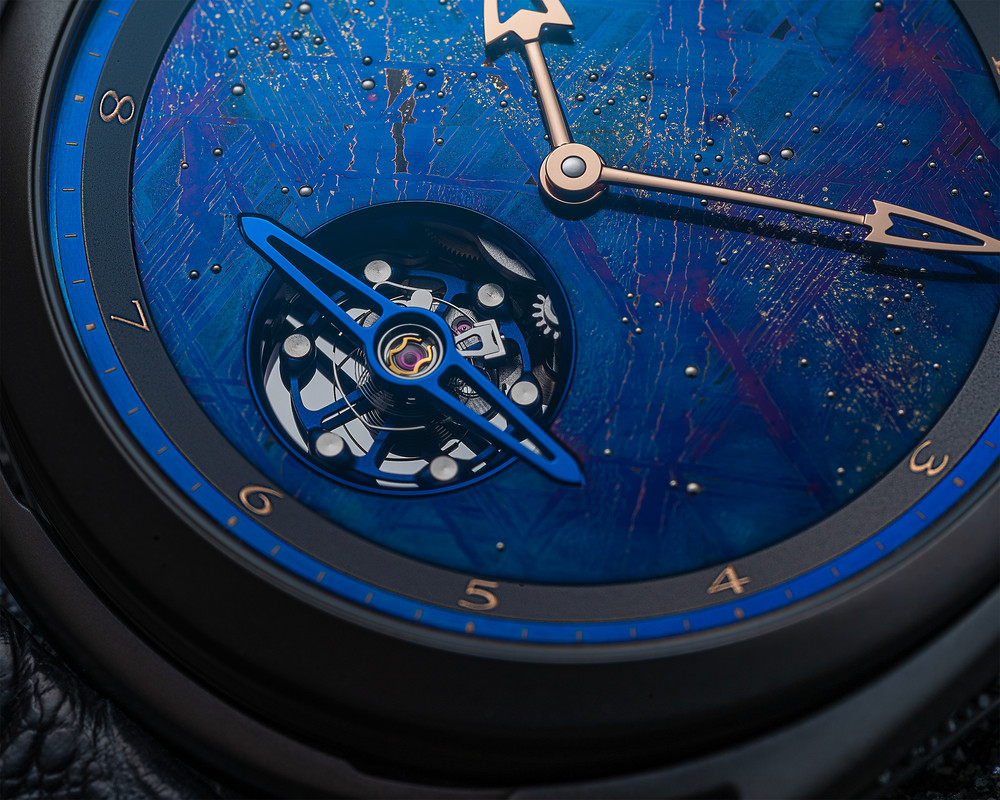 The case is 43mm (7.2mm thick) in matte black zirconium with a “mircrolight” case middle. The crown is at 12 o’clock.

Beneath the zirconium case back is the manually-wound Calibre DB2115v7 which beats at 28,800 VPH and has a power reserve of six days. It features many familiar De Bethune attributes including the De Bethune balance spring with flat terminal curve, titanium balance with white gold inserts, silicon escape wheel, and hand finishing and decoration. 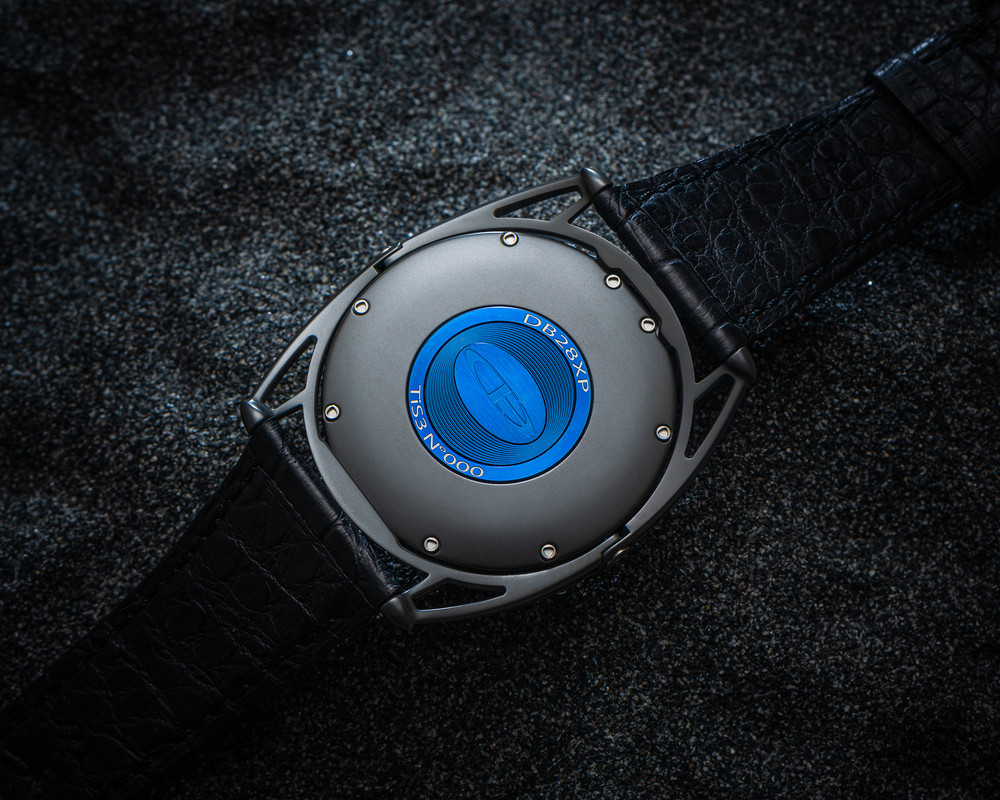 The De Bethune DB28XP Meteorite comes on an alligator strap with a matching matte black zirconium pin buckle. A limited edition of ten numbered pieces, its RRP is CHF 120,000.