In 2021 the Seiko Watch Corporation will be celebrating 140 years and we can expect plenty of releases to mark the occasion. However, they are getting in early, with a few announcements having just been made about some of the upcoming commemorative models.

One of these is a new Credor Eichi II in a Pt 950 case with, for the first time, a blue hand-painted porcelain dial.

Credor dates back to 1974, but the original Eichi was released in 2008 and the Eichi II, in 2014. The latter was created to mark four decades of the Credor line and fifteen years of the Spring Drive movement. It is one of the more interesting watches I’ve seen, and I wrote about it in detail in this post. Spending time with it more than once over a period of time completely changed my mind from basically not understanding the pricing nor why its fans were so vocal about it, to appreciating its quiet studied elegance and quality both front and back. That watches need to be (preferably, if possible) handled rather than purely judged on photos is a given, but especially so for watches like the Eichi II whose ‘life’, as it were, is only evident ‘in the metal’. 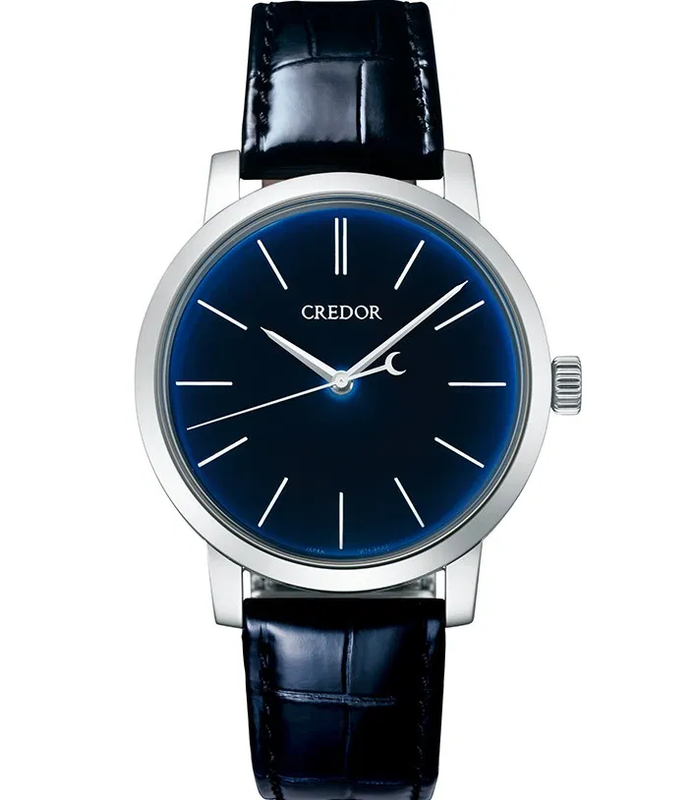 Made, assembled and, finished by hand, the Eichi II is made at the famed Seiko Micro Artist Studio. All markings on the dial; indices, logo/ name, are painted by a single person. Whereas the original Eichii II’s porcelain dial is white, for this special variant it is a deep blue called ‘Ruri’ in Japanese. If it is anything like the white dial, and this is pretty much guaranteed given its making, the texture will be something worth looking at up close. The tapering hands of the original white model are blued (as are the painted indices), but obviously they cannot be as such in this piece. 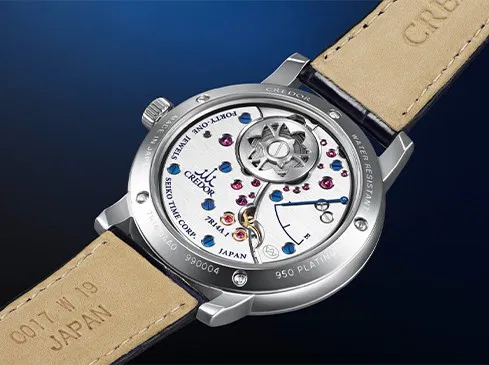 Visible through the back is the Calibre 7R14 manually-wound hybrid Spring Drive movement, with a sixty hour power reserve, the indicator for which is on the back side. Here, as much as for the dial, is where it pays to look under a loupe, although even to the naked eye the overall impression is a very modern clean feel, with the finishing and the skeleton bellflower motif on the barrel represents Shiojiri, the town in which the Micro Artist Studio is located. The mirror finishing of the Eichi II that I saw, was just really something. The photos here are the official ones provided by Seiko, but I’d suggest going to my post about the original Eichi II for live photographs of what the Blue Edition movement will look like ‘in the metal’.

The Eichi II Blue Edition is 39mm with a thickness of 10.3mm. Coming on a matching dark blue Crocodile strap with a three-fold clasp, this will not be a limited edition but like the Eichi II, limited in production. Available from January 2021, it has an RRP of EUR 59,000.