In 2015 Vacheron Constantin launched the Heures Créatives collection, composed at the time of four watches (three – two of which were strap/ bracelets of the same model – with pavé diamond dials, and one with a white mother-of-pearl dial) inspired by a historical Art Nouveau-era model. Now, they have announced a new variation on the Heure Romantique, with a black mother-of-pearl dial.

This new model has most in common with the 2015 white mother-of-pearl dial variant. The florally-inspired 18 kt white gold case has a diamond-set bezel, case and lugs (104 round-cut diamonds), and a diamond in the crown. There are 123 diamonds on this watch, with a total of 2.60 carats. If you are familiar with the white mother-of-pearl one then this is the same, only with a differently coloured dial. The Roman numerals on the dial are transfers. 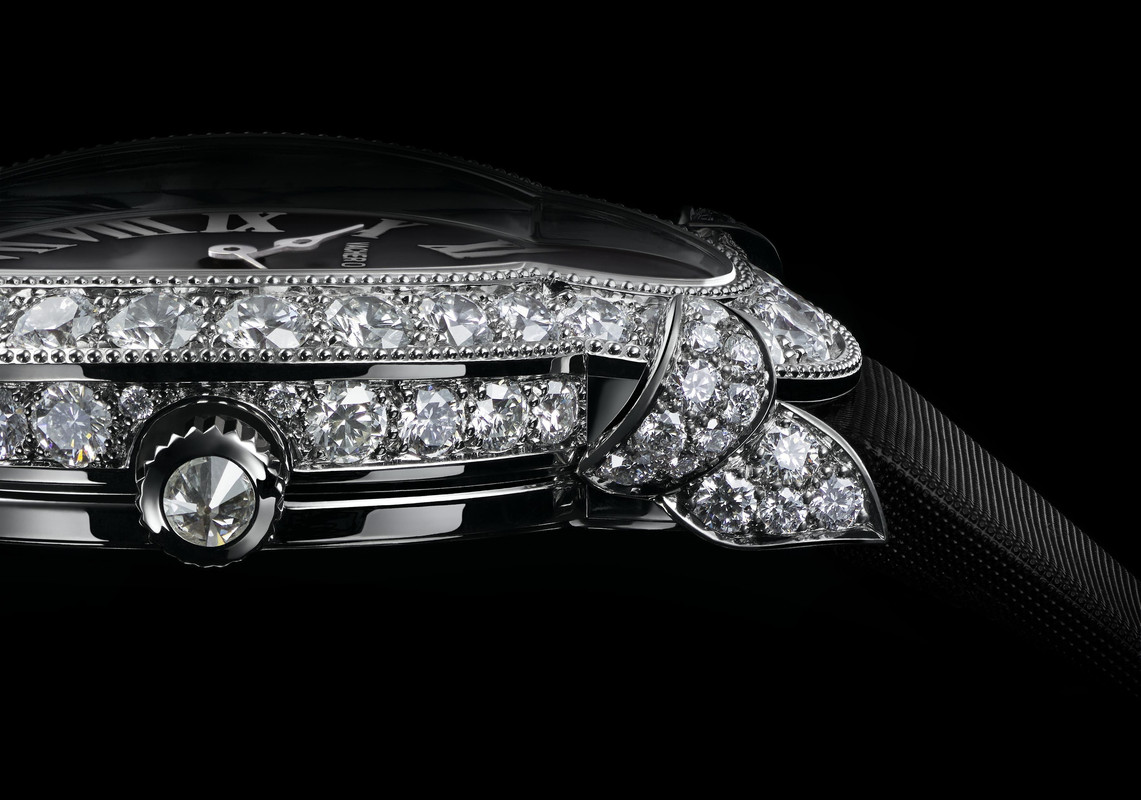 We often seem to talk about men’s watches that are homages to historical models or which reference old models, so it makes a nice change to be able to mention a women’s piece. Although the historical antecedents are indirect, the Heure Romantique is so self-evidently influenced by the watches and design principles of that period that we can recognise its inspiration on sight. 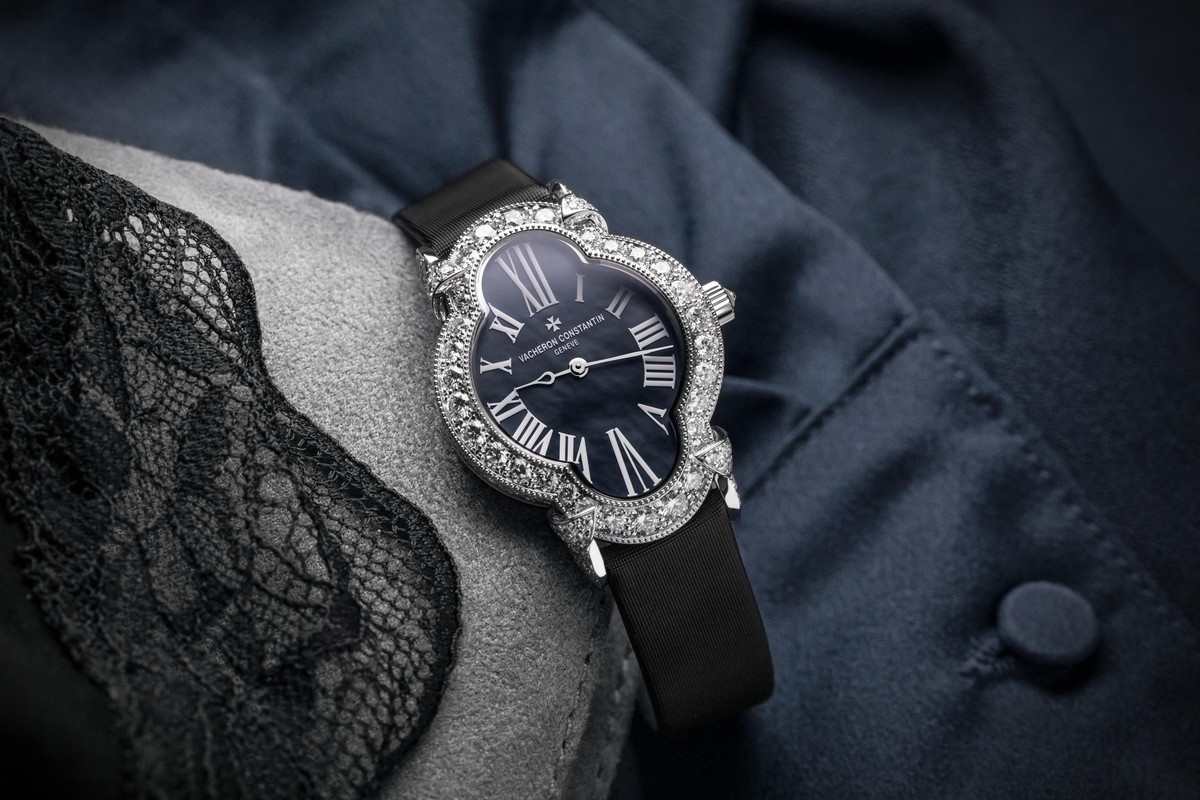 Coming on a black satin strap with a diamond-set 18 kt white gold folding clasp which has eighteen round-cut diamonds, you also get a second strap which is black Mississippiensis alligator. It has an RRP of EUR 53,500 (including taxes) and is available from Vacheron Constantin boutiques.

This new black dialled model brings the current Heures Créatives Heure Romantique range to three models. The other two are the white mother-of-pearl one, which is identically priced, and the Ref. 37640/000G-B021 Heures Créatives Heure Romantique which has an 18 kt white gold case with 375 round-cut diamonds on the dial, bezel, lugs and folding clasp. That one has an RRP of EUR 65,000 (including taxes).