If this new Tonda Tondagraphe Tourbillon seems unfamiliar and new, that might be because it’s only the third Tondagraphe to be introduced since the model debuted in 2009, so it hasn’t exactly been a high profile model. This is fundamentally the same watch (it has the same movement), but in this 2020 variant the now slate-coloured dial has been cleaned up and refreshed, and looks better (and more dressy) for it. 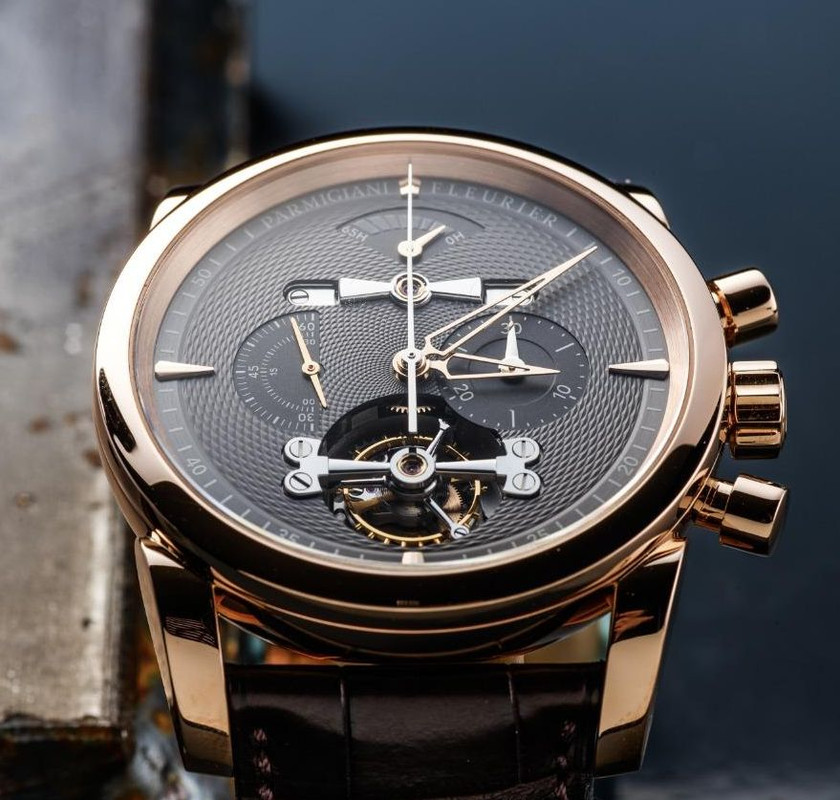 Unlike the previous black and white models, this new one features a ‘grain de riz’ guilloché dial. In doing this, Parmigiani have also eliminated the opaline outer ring onto which the Arabic hour numerals (also gone) previously resided. The appliques and the skeletonised delta-shaped hour and minute hands are rose gold. 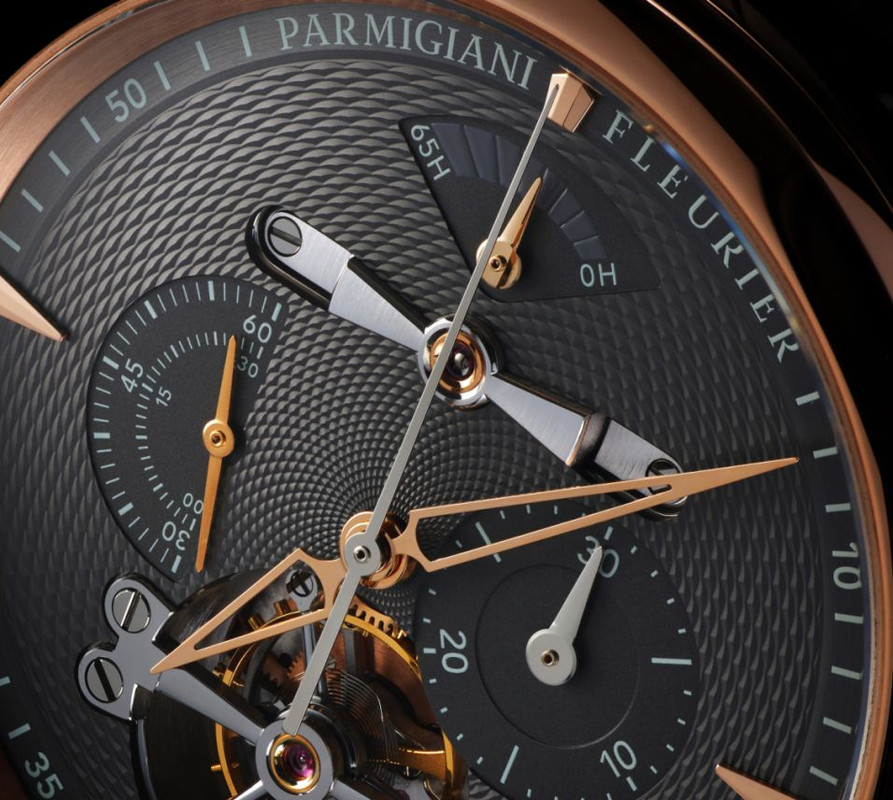 The layout of the dial remains the same. Along with the hours and minutes there is a small seconds at 9 o’clock (although this sub dial is now literally halved as well as enlarged), the minutes counter for the chronograph function at 3 o’clock, the tourbillon of the name at 6 o’clock, and the power reserve at 12 o’clock.

Inside the 43mm sized (thickness of 13.4mm) 18 kt rose gold case timepiece is the manually wound Calibre PF354, which beats at 21,600 VPH and has a power reserve of sixty-five hours.

Coming on an Hermès Alligator Havana strap with an 18 kt rose gold pin buckle, the RRP is CHF 199,000.