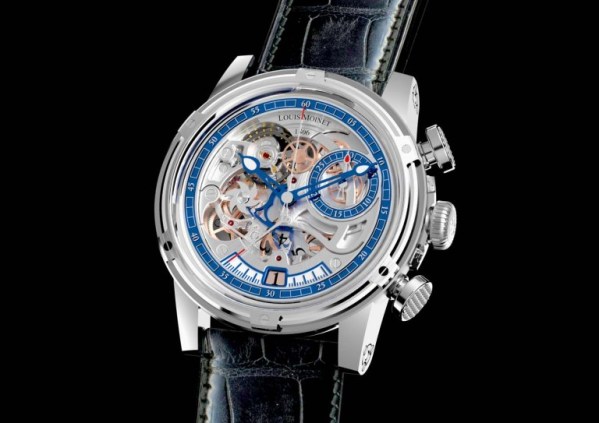 Hearing about unusual displays or unexpected complications is something we are particularly interested in, and today is about one of these. Louis Moinet have announced their new Chronosphere, a chronograph with a retrograde seconds, which is the first time that this combination has been done in a wristwatch.

In a nutshell, the functions are hours/ minutes/ seconds, jumping seconds, a chronograph, totaliser, and the 10 second retrograde. To achieve this, a column wheel mechanism was designed, incorporating the retrograde system courtesy of what they have called a ‘starwheel slide bar’.

Made of titanium and situated at 6 o’clock, this new system has a hand that passes along a 10-second indicator between 5 o’clock and 7 o’clock and then flies/ snaps back to its original position to start anew. In the middle of this retrograde bar is a window with a disc counter from 0 to 5 that jumps each of these 10 second trips to show how many of these counter journeys have passed.

The chronograph function has a large central seconds hand with a red tip, and the 30-minute totaliser is at 2 o’clock. 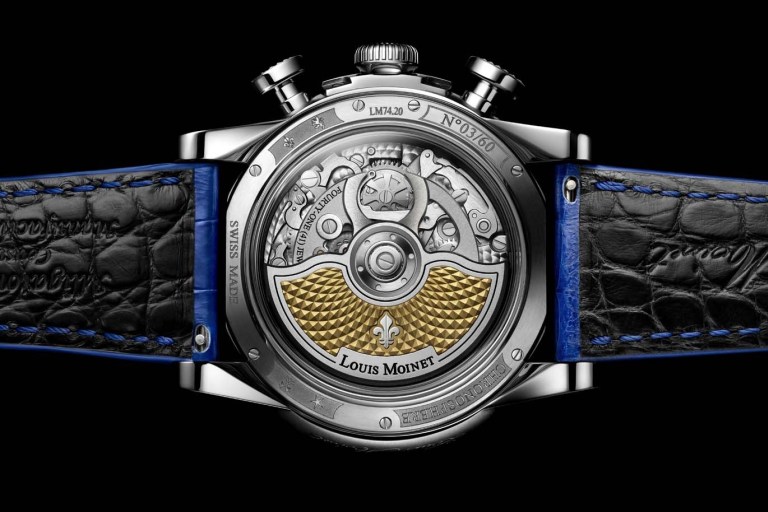 The skeletonised movement responsible for all of this is the automatic Calibre LM 74, beating at 28,800VPH and with a power reserve of 48 hours, and it is all within a 46mm sized (16.95mm thick) titanium case. The two-part bezel with its six screws is a Moinet feature, and the AR sapphire crystals on both sides are box type. As well, ‘Clous de Paris’ decoration may be familiar, but for this piece it is (less commonly) used to decorate the chronograph pushers. The lugs are screwed in and the strap is Louisiana alligator.

Coming in a limited edition of 60 pieces, the Chronosphere has an RRP of CHF 28,500 (including taxes).