In 2018 Ulysse Nardin Ulysse launched a new model called the Executive Tourbillon Free Wheel, featuring an eye-catching dial with parts of the movement (the tourbillon, power reserve, gear train, and barrel) floating above the dial’s surface. The use of a box-domed sapphire crystal atop this watch wasn’t just about doing something interesting with the crystal or even just about focusing on the movement’s architecture; it allows the movement to also be visible (and enjoyed) from all around the side of the case.

So what was this movement? It was the then new manual-wind Calibre UN-176. It featured the patented Ulysse Anchor Escapement (instead of a Swiss lever escapement), using low-friction silicium components instead of metal or synthetic rubies.

The launch model was available in either a yellow gold or white gold 44mm sized case with a dial carved from slate in the first metal variant and in the second, a grey honeycomb grey grid over a black dial. Both became part of regular production models.

Now, the brand has launched four new variants, each in a limited edition of 18 pieces, and in the same 44mm case. They are called Osmium, Aventurine, Straw marquetry, and Carbonium® Gold. 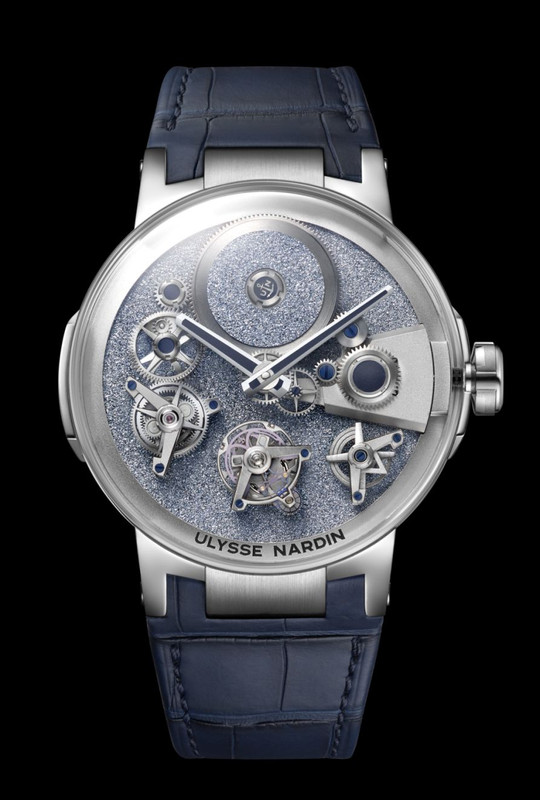 Osmium has a blue-grey colour (as per the dial of this watch) and is the densest naturally occurring element, commonly used in an alloy form to aid hardness and durability. In this first new version of the Free Wheel, it appears in a crystal form and encased in a white gold case, the only of the three in this metal. 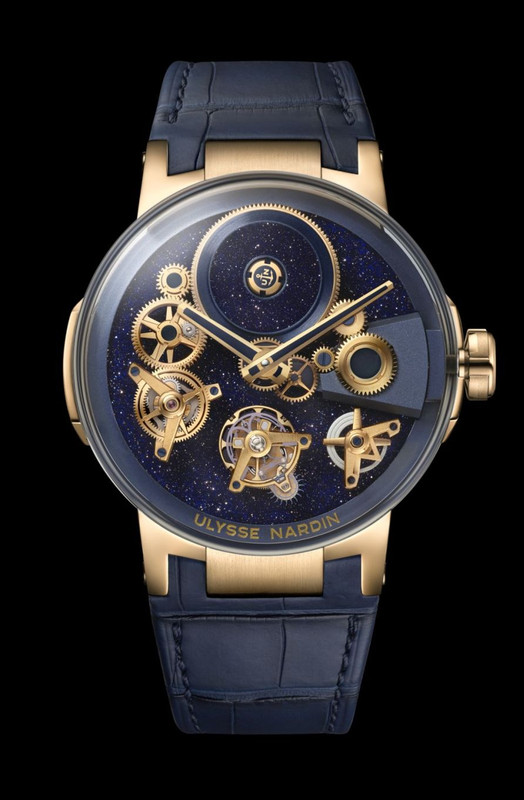 The second of the new editions also has a dial with a textural element, in this case a a deep blue aventurine, of the same type that has been previously used by Ulysse Nardin. 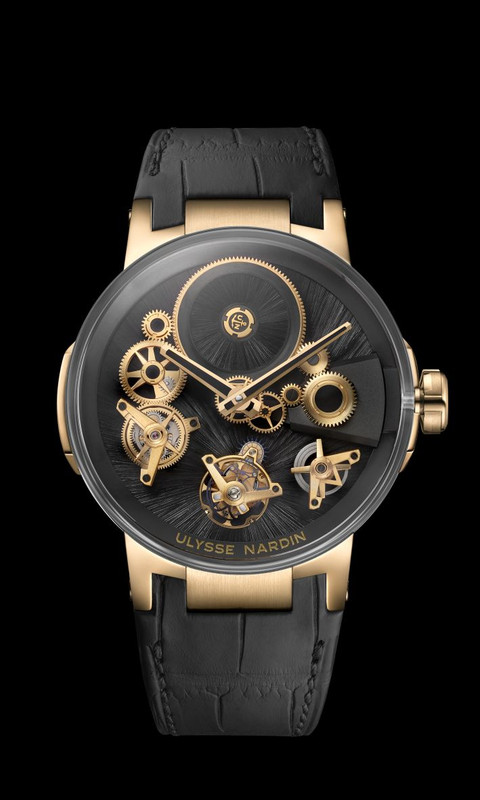 Next up is a dial type that we have featured before – the craft of marquetry. In this instance, using straw, which has been dyed black after first having been split into very fine strands, after which it is applied onto the dial, fanned out. 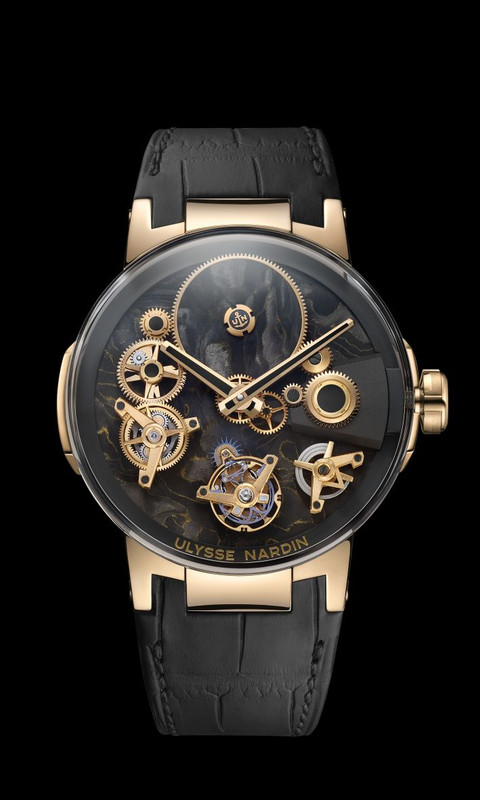 Last but not least we have Carbonium®Gold, an intriguing alloy made of, as the name hints, gold particles and carbon filaments. Like the other new models, this new dial is as much about having an interesting textural aspect as it is about the material used.

All the new watches come on either black or blue alligator straps.