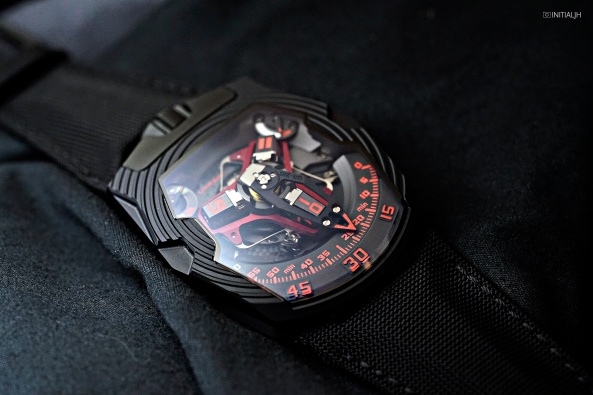 This year URWERK presented a black platinum edition (not its first black platinum piece) of its UR-210, a timepiece famed for two things – its combination of patented revolving satellite complication with wandering hour and three-dimensional retrograde minute hand, and a winding efficiency indicator.

The minute hand encloses the revolving hour numbers, which travel along the minutes scale along with the minute indication. When the end of an hour is reached, the flyback function is activated in less than a tenth of a second, returning the hand to zero to begin the next hour, which is indicated on one of the revolving satellites. 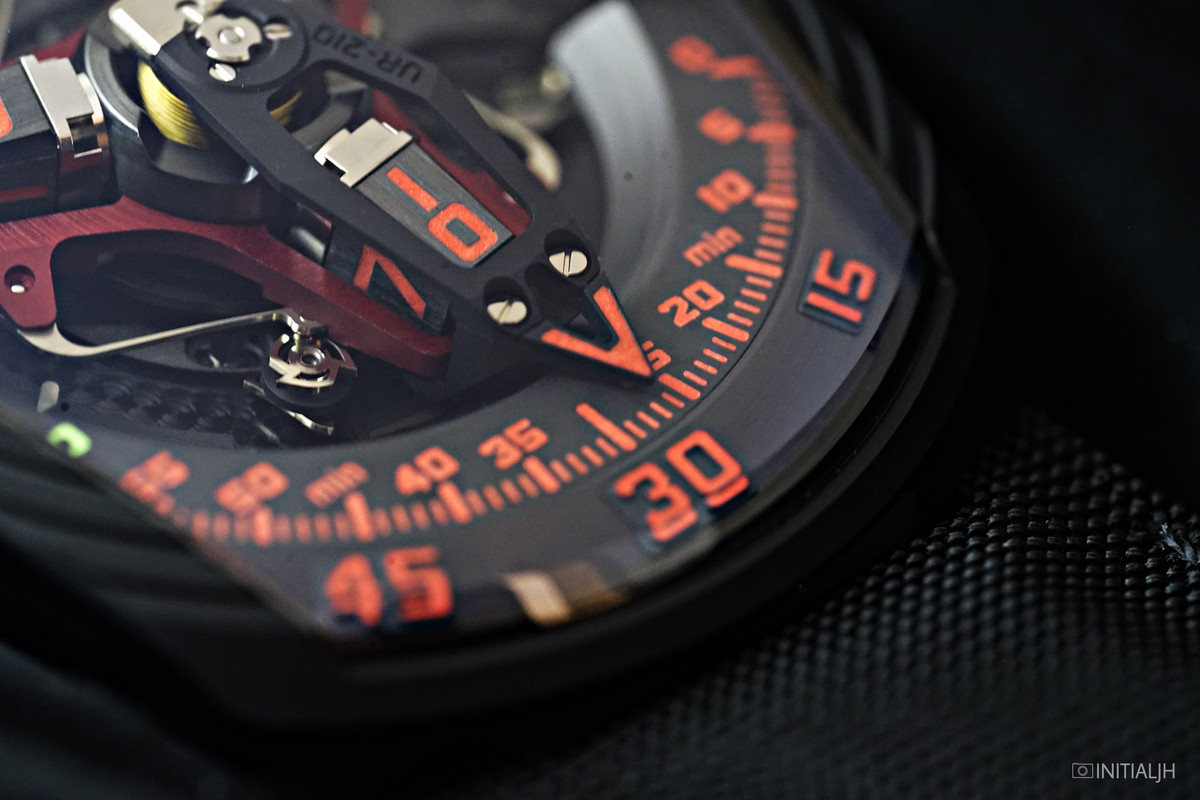 The hand is 22.29mm long, with a width of 8.03mm and a height of 7.3mm, and weighs 0.302 grams. The hours satellites are aluminum, and the hand’s counterweight brass. The central carrousel and screws are Grade 5 titanium. A star-shaped, double coaxial cam governs the retrograde action; its gearing and rotation determine the trajectory of the minutes hand.

Hours, minutes and markers are all coated in Super-LumiNova. 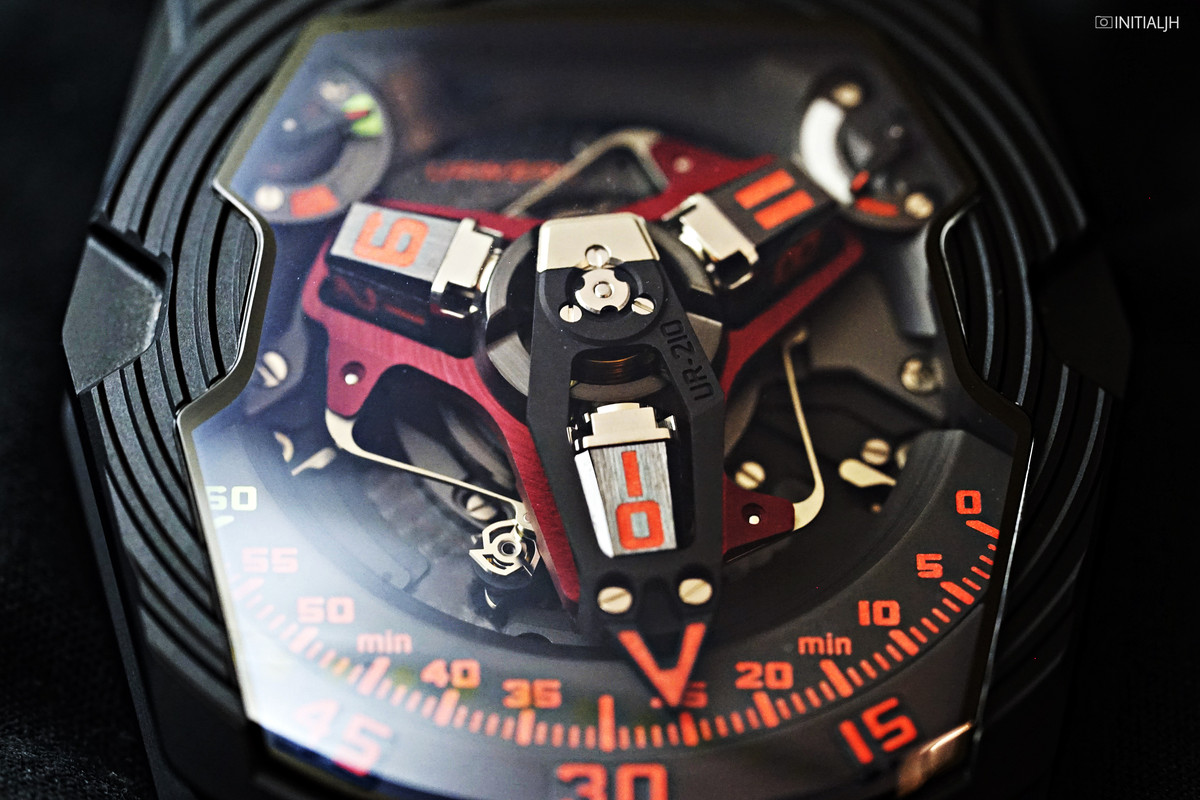 For those unfamiliar with the UR-210’s layout, the dial of the UR-210 features a traditional power reserve indicator at 1 o’clock. At 11 o’clock, what appears to be a similar indication shows the winding efficiency during the previous two hours. That is, it calculates the energy flow (ratio between the energy generated and the energy consumed). The winding efficiency indicator will be green if the wearer is very active, and then gradually move to red when the wearer is not active. 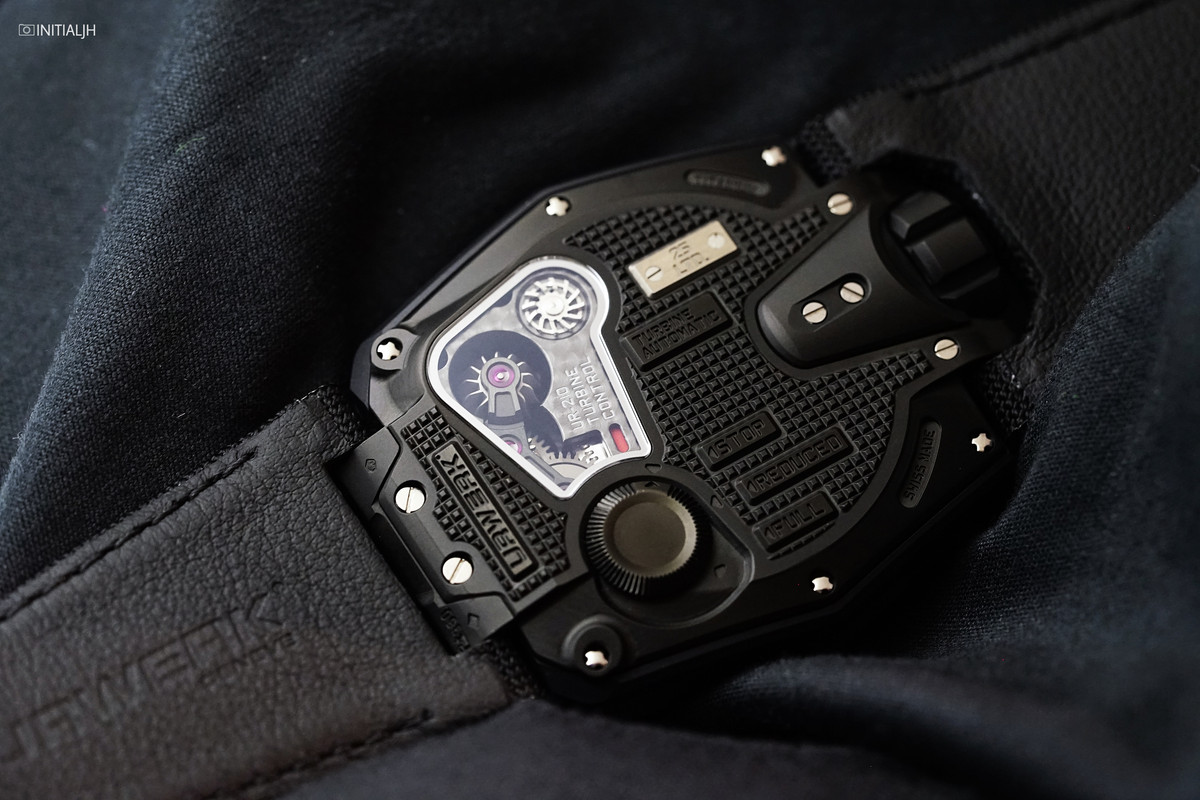 If the wearer’s activity creates too much energy, s/he can turn the adjusting wheel to ‘REDUCED’, which absorbs some of that energy to prevent unnecessary stress on the mechanism. A turbine mounted on ruby bearings starts to spin, acting as an air compressor and creating a resistance that slows down the winding rotor. In the STOP position, the self-winding system is disengaged and the UR-210 becomes a manually wound watch.

As a final option, the wearer can select the ‘STOP’ position, which disengages the self-winding system and essentially turns the UR-210 a manually wound watch. 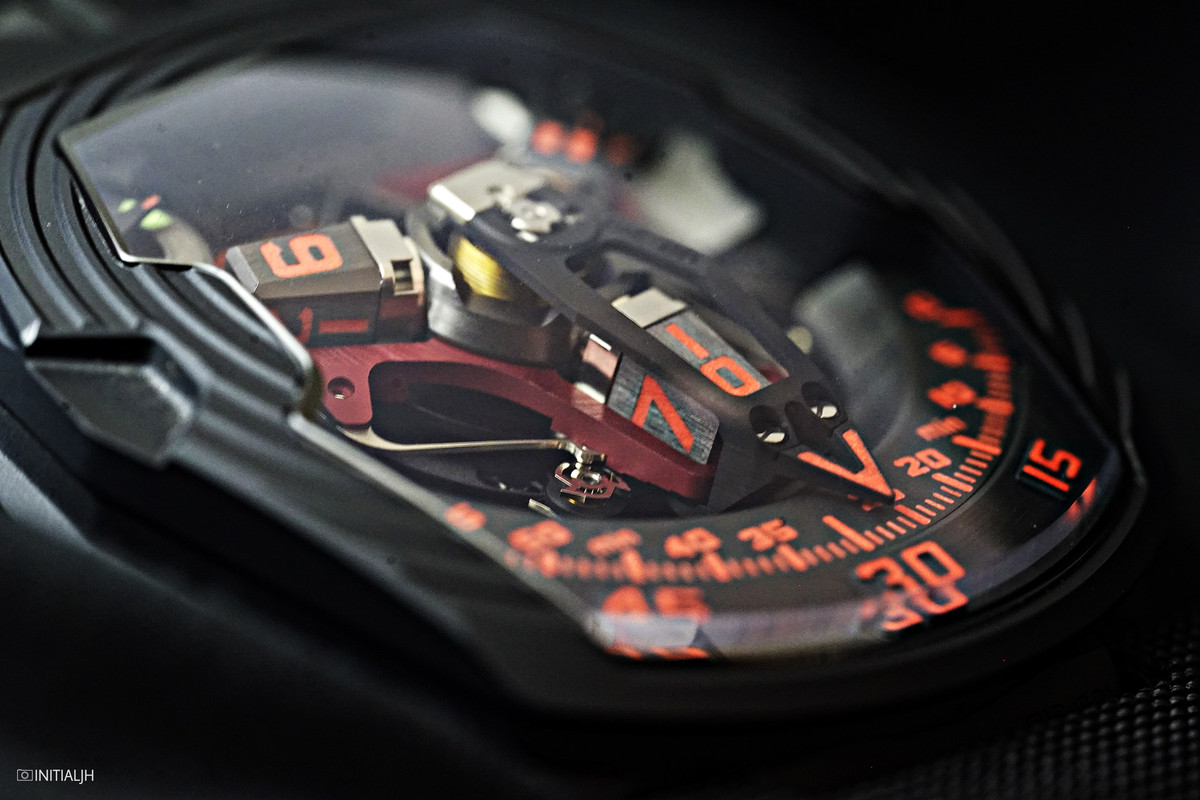 We are accustomed to black PVD watches having a base metal of steel or titanium. With a case measuring 53.6mm x 43.8mm with a height of 17.8mm it is a large watch by anyone’s standards, but as the 210’s longevity through its various iterations has proven, it has not been prohibitively large for enough people to have owned one. However, because of the platinum, although because of the assumption that a black PVD case is probably reasonably light, it is quite a surprise when you first handle it. 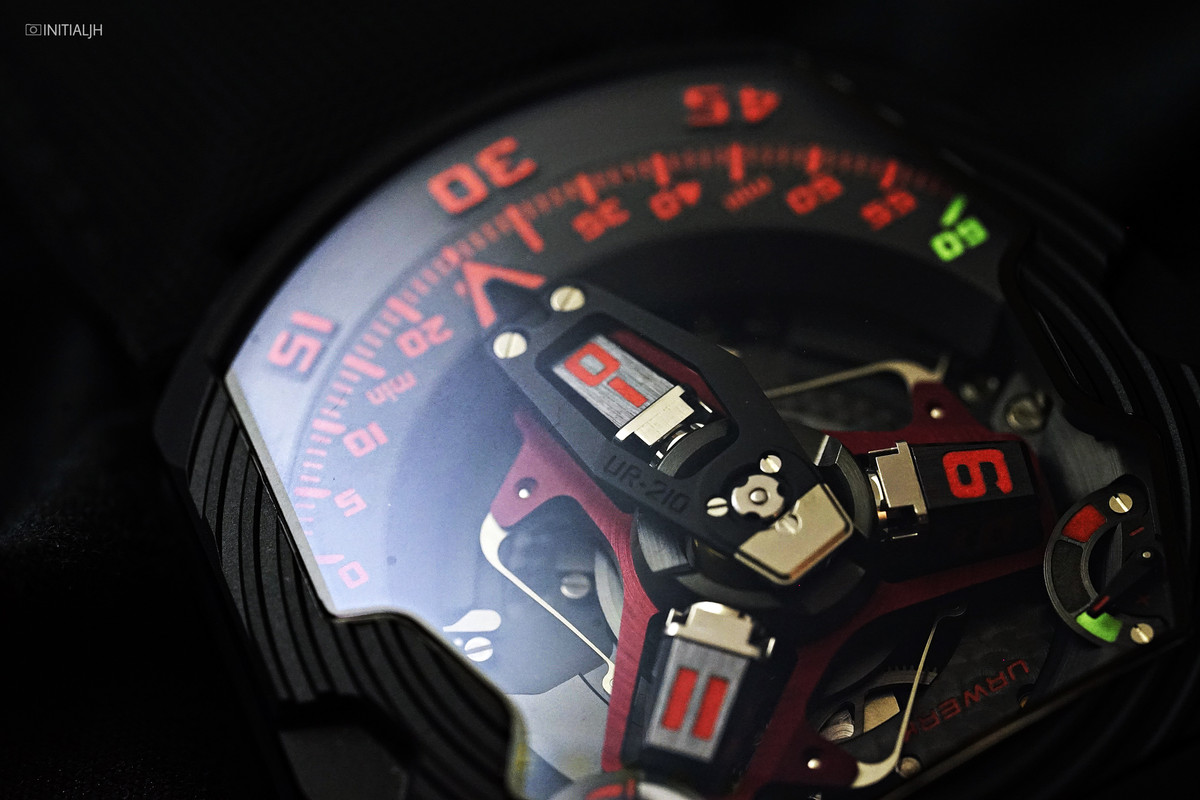 The case is engraved with a radiating furrowed wave design. In terms of other decoration or finishing, along with the circular graining on the base plate the satellites are satin-finished and diamond-polished, and screw heads are chamfered and polished.

Powering this is the automatic Calibre UR-7.10, beating at 28,800VPH, and with a power reserve of thirty-nine hours.

The Urwerk UR-210 Black Platinum is a limited edition of twenty-five pieces, with an RRP of CHF 155,000.