This year Angelus has released a number of new pieces, and today we are bringing another of them to you – the U40 Racing Tourbillon Skeleton. As the name indicates, its inspiration lies in the automotive arena (a popular hunting ground for watch brands), but it is less about things like design cues, curves or colours, and more about high performance engineering and lightness of build.

One of the most important things to note about this watch is that unlike many (most?) other skeletonised watches, the U40 Racing Tourbillon Skeleton is designed right from the ground up to be skeletonised, as opposed to skeletonising an existing model.

At 42mm with a thickness of 10mm, the U40 is in a very light Grade 5 titanium case that alternates between polished and satin-finished surfaces. Their fixation on lightness extends beyond the use of titanium to, intriguingly, hollowed-out (‘skeletonised’?) lugs.

The many layers of this watch aren’t just about the skeletonisation but also involve a multi-stepped bezel, with black, greys, red imprints, and a flange with an index and chapter rings. The colour scheme is extended to the hands.

The U40 Racing Tourbillon Skeleton is powered by the manual-wind in-house Calibre A-300 tourbillon movement with a power reserve of 60 hours. The one minute (flying) tourbillon of its name at 6 o’clock, and due to how the watch movement has been skeletonised, actually surprisingly discreet. At a glance its place as part of the movement (as opposed to watches where the tourbillon is highlighted) will make it appealing to those who like their tourbillons low key. Structurally, all of the movement’s main elements are secured between two plates, as opposed to one mainplate. This design replaces the conventional main plate and bridges construction and massively increases the mechanical resistance of the movement. 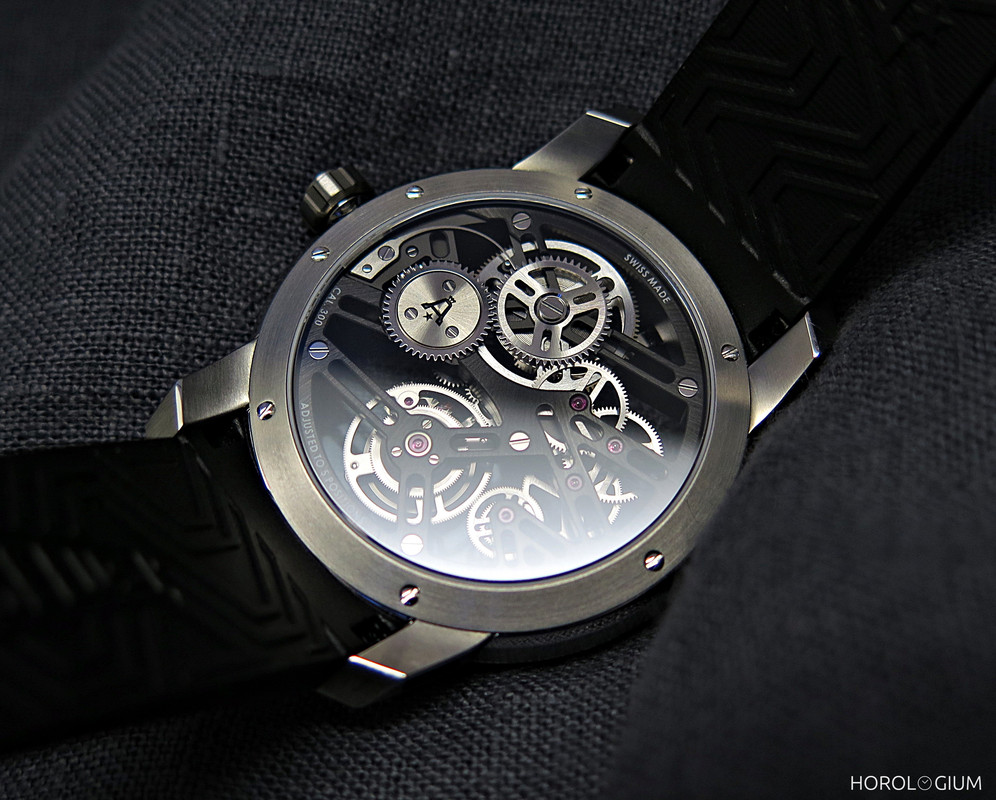 As with the other watches that Angelus have released since the brand’s revival, the U40 Racing Tourbillon Skeleton is unequivocally and unapologetically bold and robust in its design codes, and also really sporty, making it one of the few brands to create a sporty-looking tourbillon that has a focus on looking and being, ‘haute’. 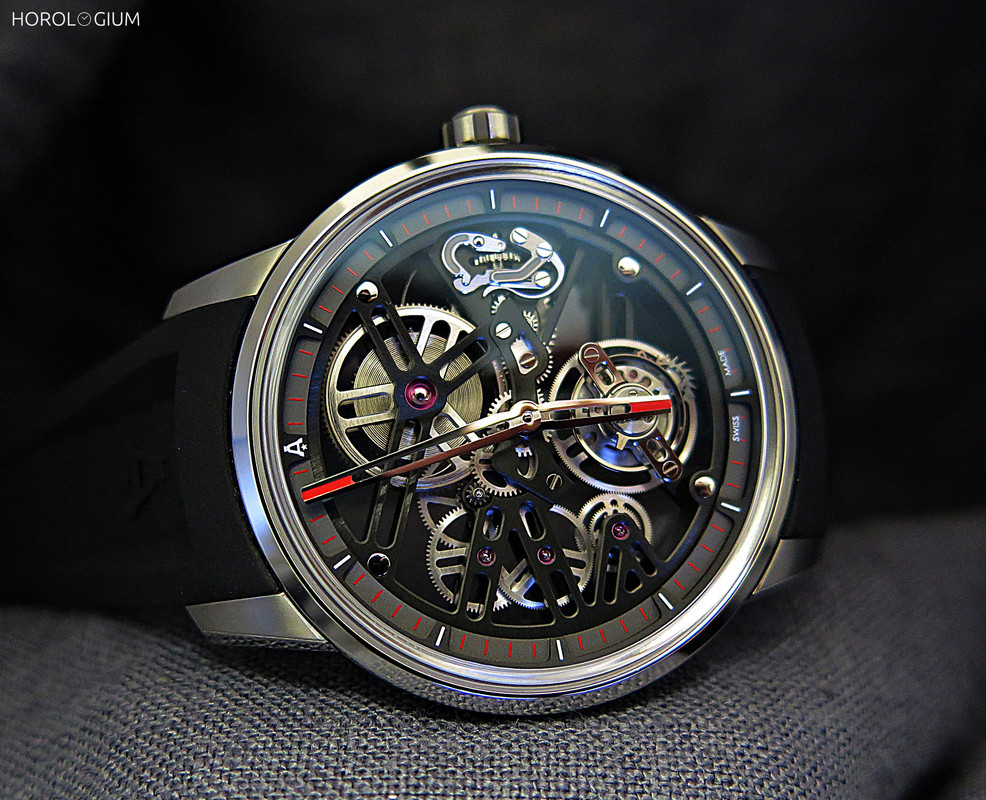 With an RRP of CHF 26,350 for those in Australia you are in luck. As of Baselworld 2016 MAD Australia have become the local distributors for Angelus. As they are also the distributors for Arnold & Son, perhaps this is not entirely surprising that it joins its stablemate.