The most widely known notable date for Omega’s Speedmaster Professional may have been in 1969 when it accompanied Buzz Aldrin to the surface of the moon, but as Speedmaster collectors know, ‘pre-moon’ Speedys are arguably the most desirable ones.

The history of what we know as the modern Speedmaster began in 1957 with the introduction of a sports-oriented chronograph known as the Ref. CK 2915 ‘Broad Arrow’, the first model with the 12-hour triple register dial layout that has been the hallmark of the Speedmaster since then, as well as a Plexiglas crystal atop, and the Omega Broadarrow hands after which this is named. Equally importantly, it contained the famous and genuinely iconic Omega Calibre 321 movement, which had made its first appearance in 1942 (as a joint endeavour between Omega and then Omega-subsidiary Lemania) and had undergone an upgrade in 1946, with added protection from magnetic fields and against shocks.

As mentioned at the outset, the Speedmaster was not originally designed for space exploration, but on October 3, 1962, before the relationship between NASA and the Omega Speedmaster became official, astronauts Wally M. Schirra and Leroy G. Cooper took their own Speedmaster CK 2998s aboard Mercury-Atlas 8 (Sigma 7).

March 23, 1965 was the inaugural flight of the Omega Speedmaster Professional as the official chronograph for NASA during the Gemini 3 mission, the first American space walk wearing a Speedmaster was made by Ed White during Gemini 4, and of course then there was Buzz Aldrin’s adventures with a Speedmaster.

The CK2998 reference was in production until 1962, with CK2998-62 being the last of the variants. The original Ref. CK2998 has become one of the most sought-after vintage Speedmasters, and it is with this in mind that Omega have released a new updated vintage-inspired version they’ve called the ‘CK2998’ Limited Edition. 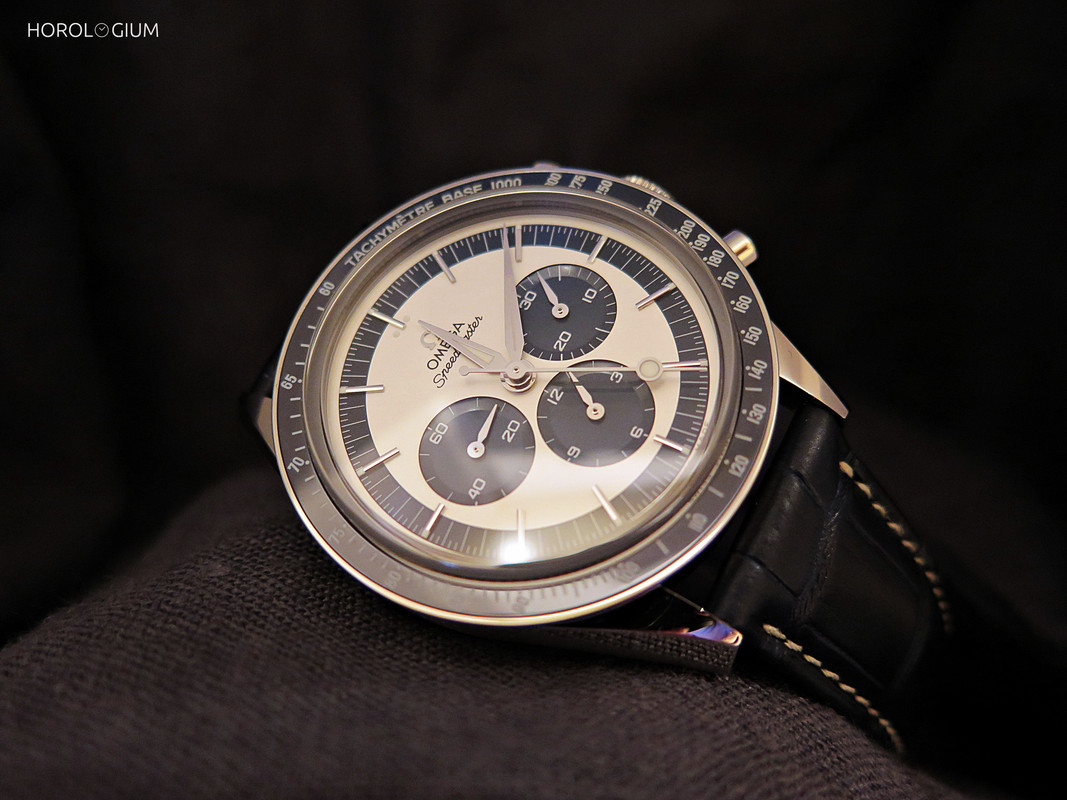 It is important to remember this fact – that it is not a reissue of the original Ref. CK2998, that it is not another variant of the Speedmaster Professional. Thus, it contains bits and pieces from the various historical models with what I, as an admittedly non-Speedmaster aficionado, think is an attractive modern homage to the early Speedmasters.

The new watch has a symmetrical straight lug stainless steel case, pushers with no crown guards and with the familiar three sub-dials a (very) deep blue against an opaline dial. This blue colour scheme continues to the bezel. I realise that it looks almost blackish in these photos, but that’s in part because of the circumstances under which I took the photos as much as it is to do with the depth of the blue. If you look at other photos that have been taken of this watch, you will also find that it is a very dark blue indeed.

Of particular ‘vintage nod’ note on the dial is the use of an applied logo. Other major features that Speedmaster devotees will notice are the Alpha-shaped hour/ minute/ sub dial hands and the use of a ‘lollipop’ chronograph seconds hand as per the original model. This hands and indices are all rhodium-plated and, along with the hour and minute hands and tachymeter base scale on the ceramic bezel, are coated in Super-LumiNova. 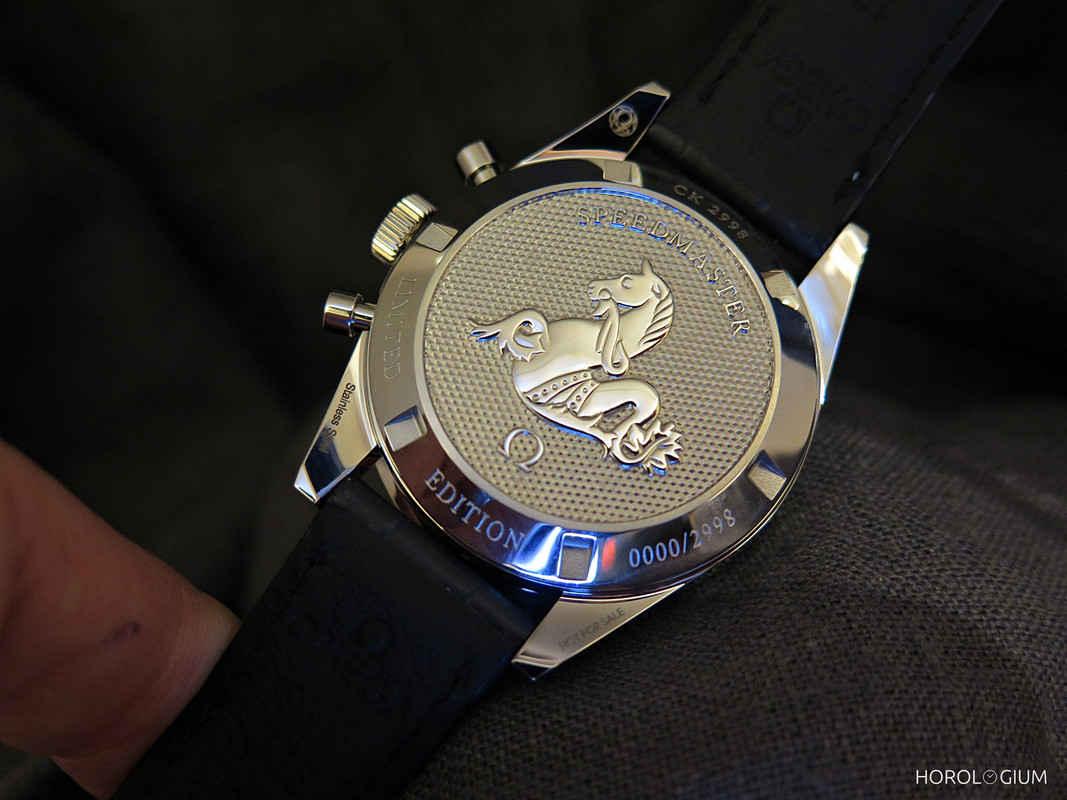 Inside the 39.7mm case is the trusty manual-wind Calibre 1861 movement that forms the basis of modern Speedmasters. The caseback is characterised by the inclusion of the original Speedmaster Seahorse medallion and it comes on a dark blue alligator strap with contrast stitching.

Each watch comes with a two-year warranty and a special presentation box.

Purists may quibble or take issus with some of the choices made for this watch, but this is not intended to be a remake. It is a tribute watch, even though it is aimed at the very collectors who are particular about historical accuracy, so if you are looking for complete historical accuracy, then you’re pretty much going to have to go vintage. Otherwise, this vintage-inspired Speedmaster is actually an attractive proposition for those who want something different to the pre-existing Speedmaster models and who perhaps might want something with ‘Speedmaster’ rather than ‘Speedmaster Professional’ on the dial. Not to mention that lollipop hand so beloved of Speedy fans.