For all the focus on the brand new Harmony Collection and then the Cornes de Vache 1955 from Vacheron Constantin this anniversary year, there have been some models that seem to have garnered less public attention, so it’s time to shine some light on two of them.

Vacheron Constantin’s Overseas models have long been popular, even though they seem to be somewhat overshadowed by the sports watches from some other brands. In their own way they’ve established themselves as a quiet and steady presence away from the razzle dazzle of the annual novelties. 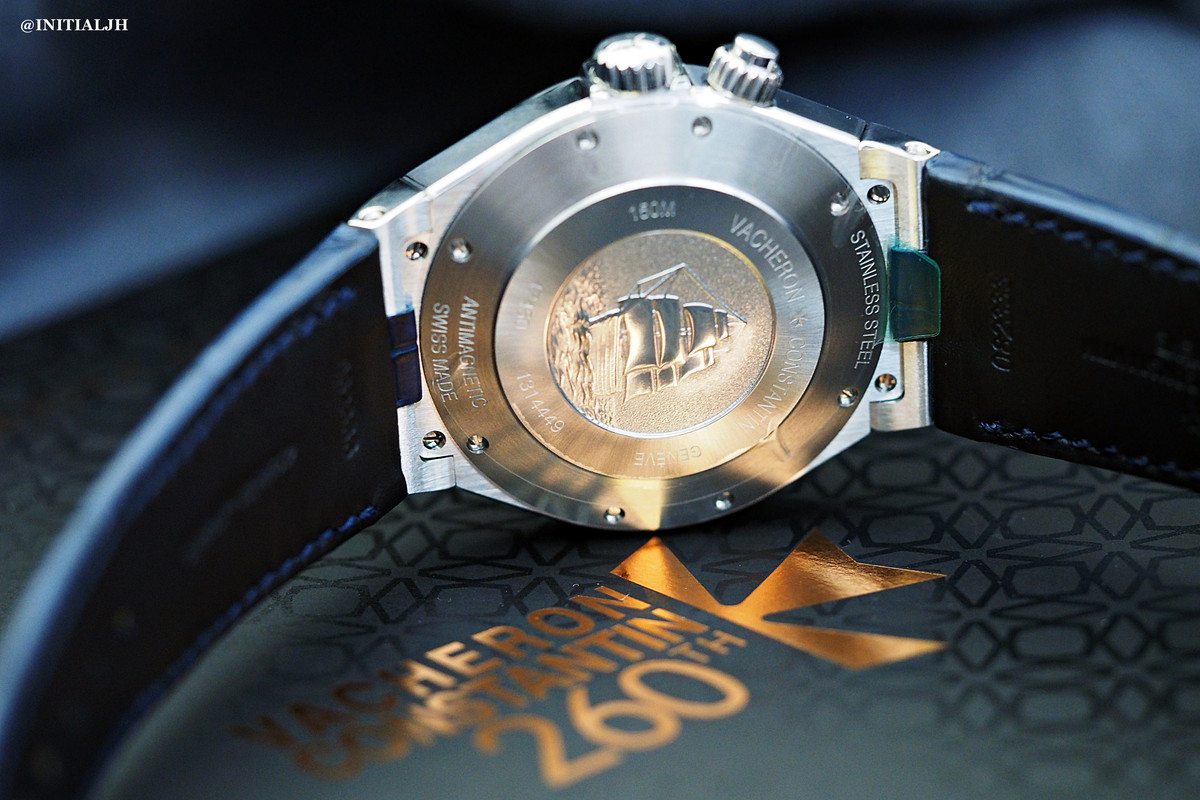 Two limited edition models were released earlier this year and we had the opportunity to photograph them at Watches & Wonders 2015. Both in (brushed and polished) stainless steel and sized at 42mm, Vacheron Constantin’s Overseas Blue Date and Overseas Blue Dual Time are the latest Overseas to bear this dial colour. 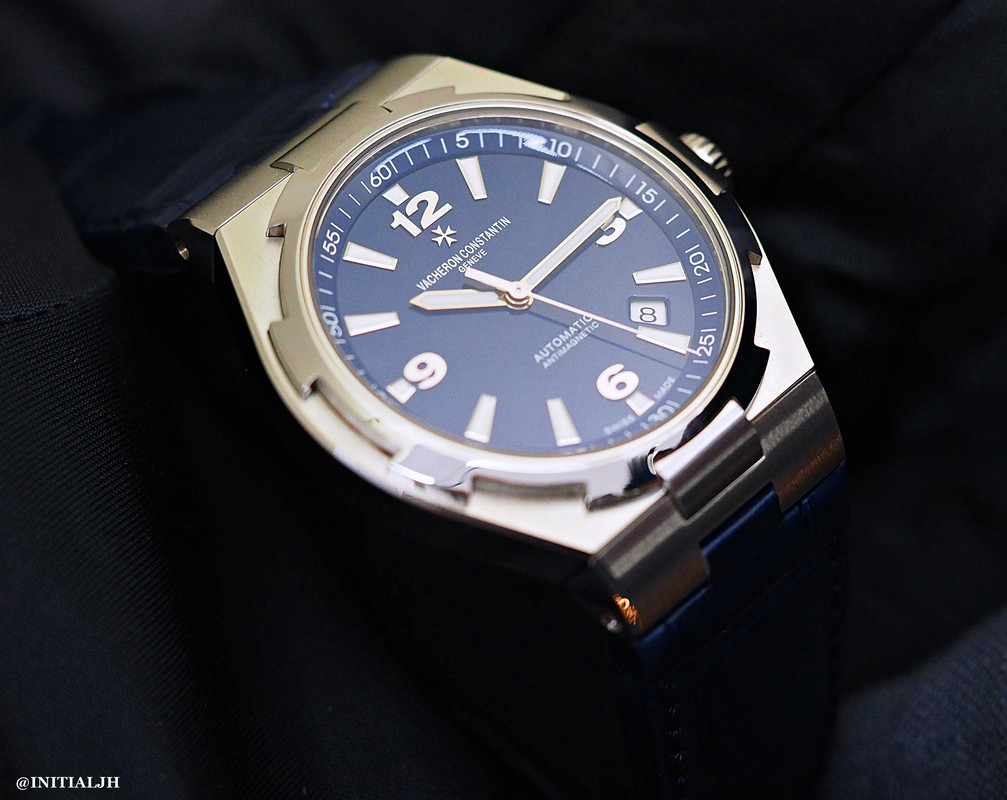 The more simple of the two models contains the automatic Calibre 1226 SC movement with a power reserve of forty-hours. It has a solid case back stamped with the ‘Overseas’ medallion. 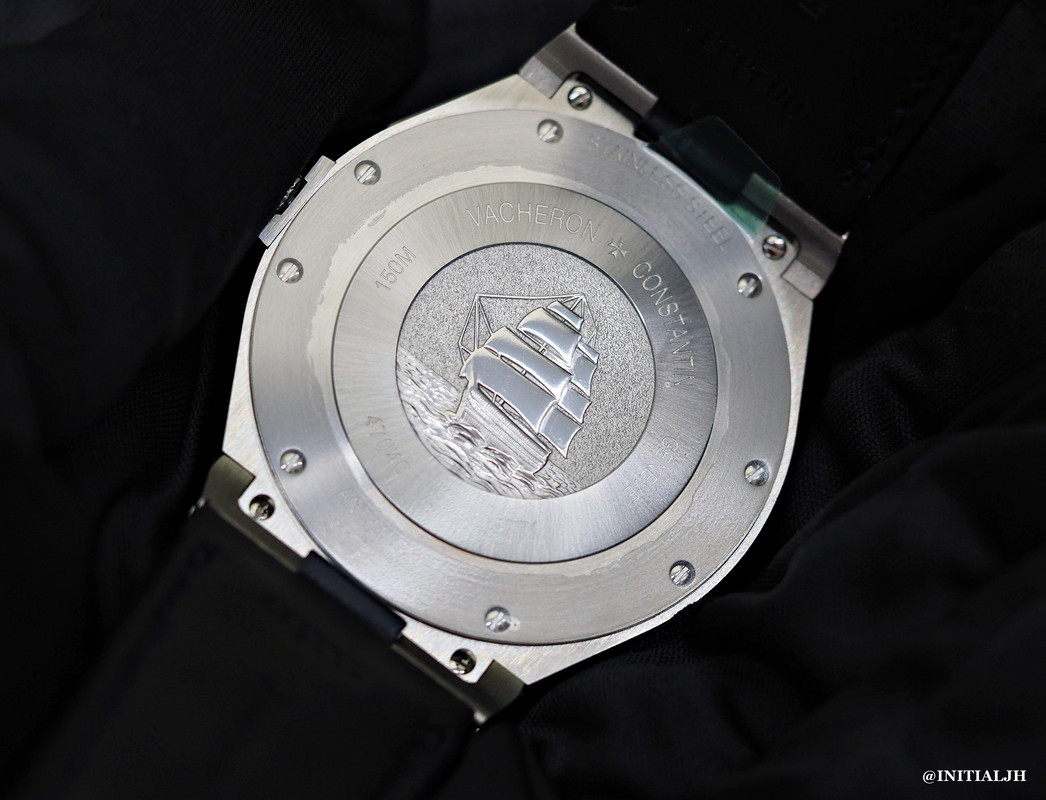 The Dual Time model uses the automatic Calibre 1222 SC, which has a power reserve of forty-hours and an accompanying large power reserve indication between 8 and 11 o’clock. The addition of this module makes the case thicker than the date-only version, at 12.45mm (9.7mm for the date model). 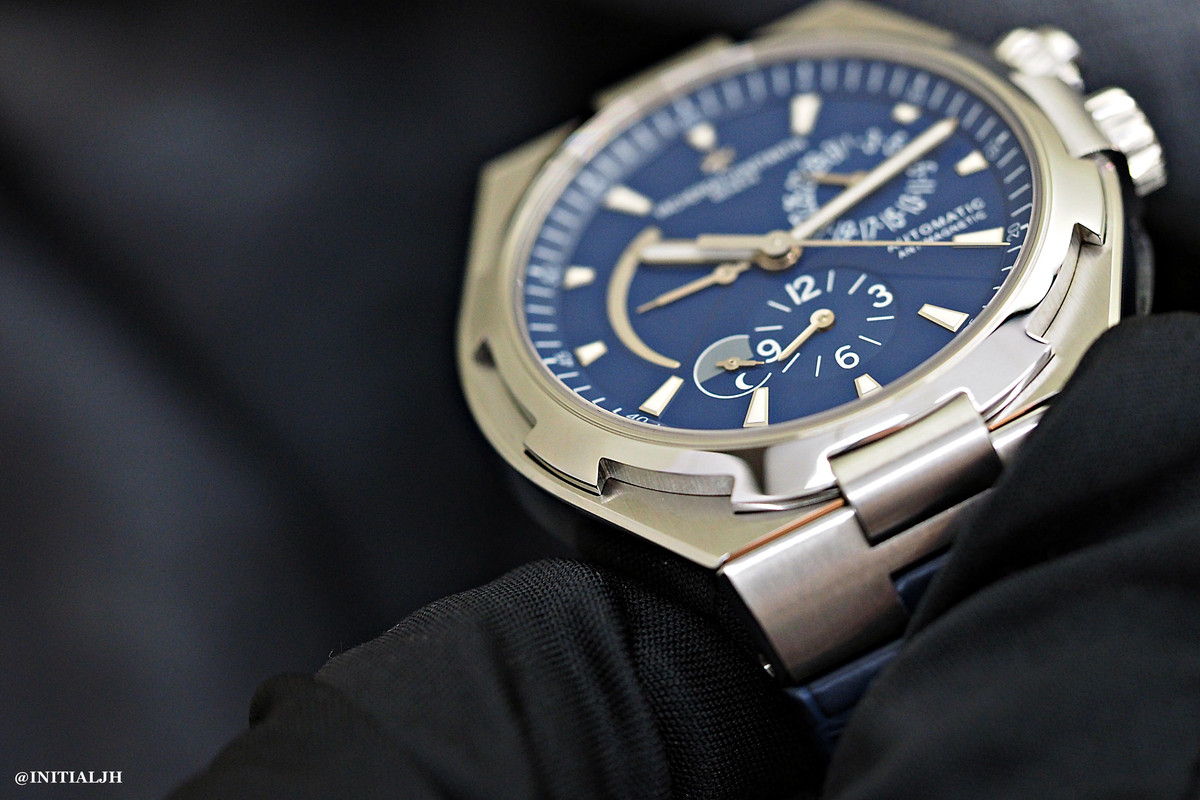 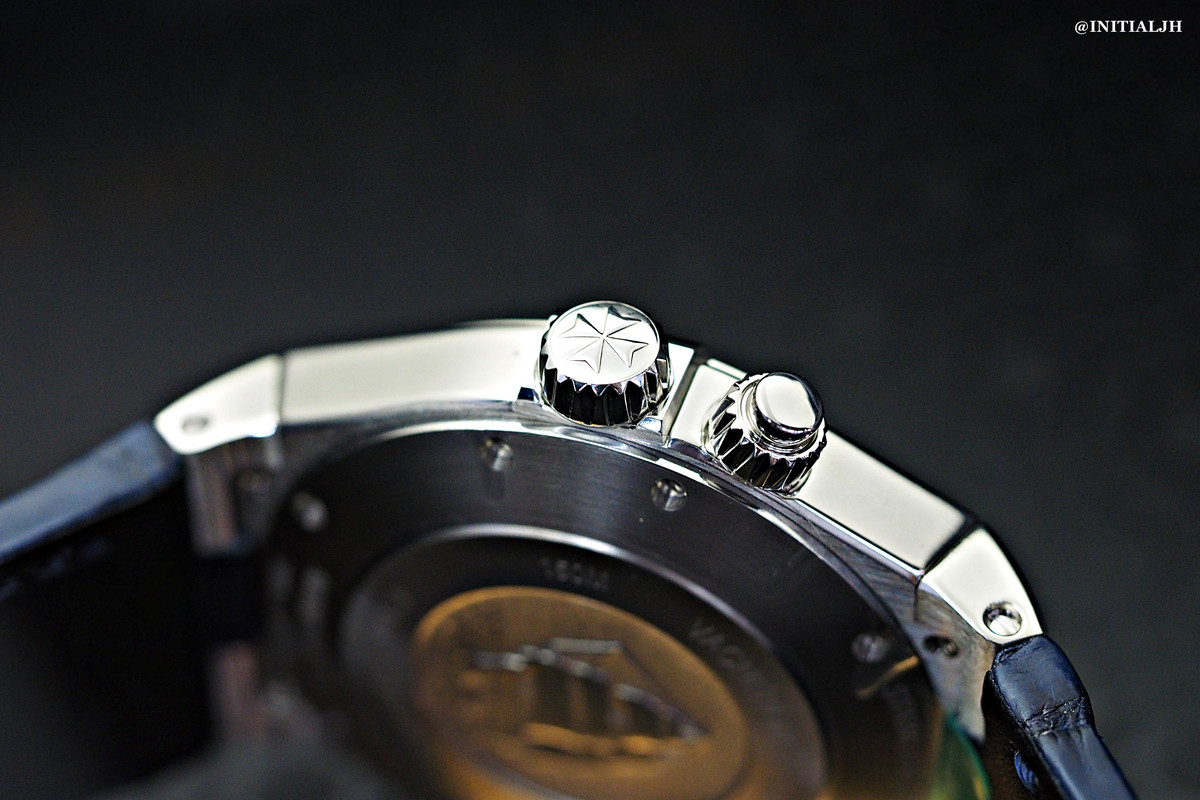 The blue of the dials is bold and shines a little, which makes for a very different look to the pre-existing colours; a bit more sporty if you will. The date window has a white background, and knowing how particular people can be about date windows, this may be one detail that some would wish changed to a blue background to blend in with the dial (whilst acknowledging that this is also the case for the other colour variants, so this thought is a general one). The hours and minute hands and indices are all lumed. 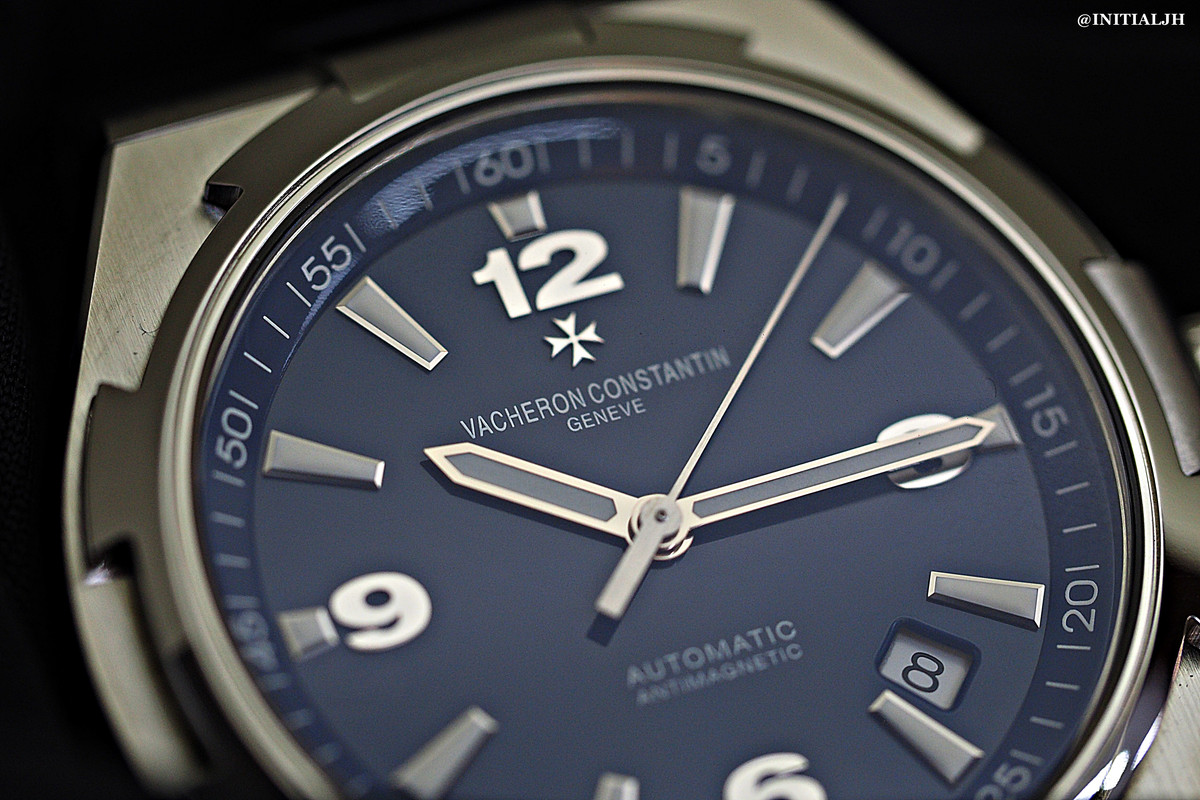 Released in a limited edition of 350 and 300 pieces respectively, both models come with two dark blue straps – one in vulcanised rubber and the other, alligator.