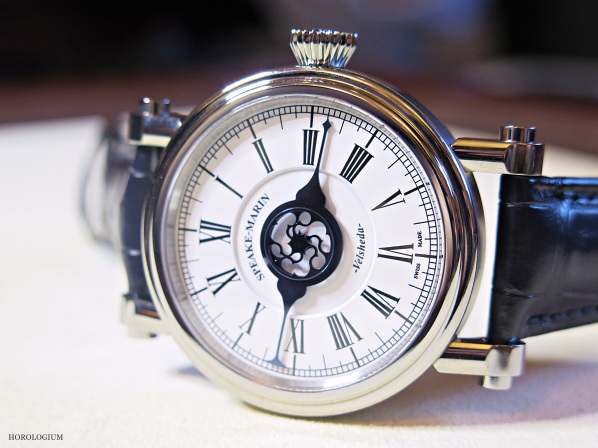 Amongst the models launched by Peter Speake-Marin last year was a single-handed watch called the ‘Velsheda’, about which I wrote here. Recently, in the lead-up to SIHH 2015 in Geneva, we caught up with him. It was too brief a time, but fortunately amongst the comings and goings of the trays of watches we managed to get a quick look at his double-pronged single-handed watch.

As I mentioned last year this is not his second single-handed watch, which the Shimoda. One of the things that makes it so distinctively Speake-Marin is that the polished blued steel hand atop the lacquered dial is designed as two superimposed topping tools, his trademark and logo. This hand completes one one revolution of the dial every twelve hours, with five minute markers for time telling. 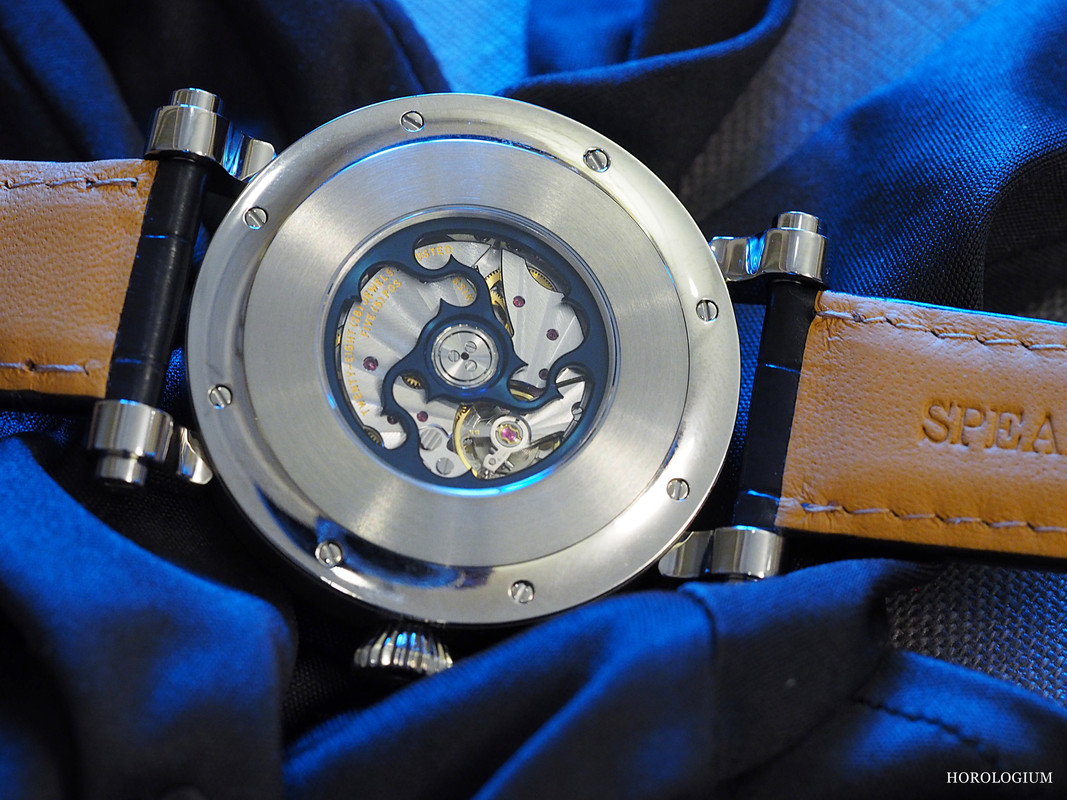 When it was released it was in a stainless steel model, but it is now available in a 42mm (12mm thick) titanium Piccadilly case. Inside is the hand-finished automatic Calibre Vaucher 3002. Peter Speake-Marin is now working closely with Vaucher in terms of movement supply. 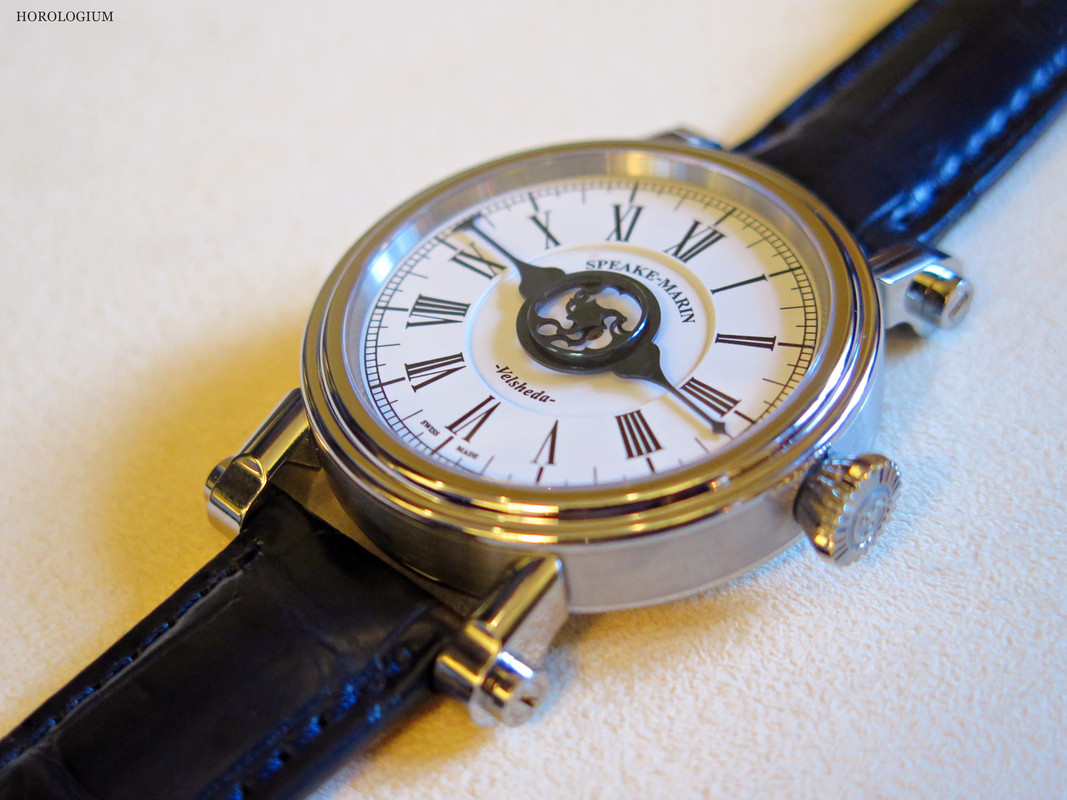 So what is it like ‘in the metal’? Well being titanium, it is obviously very light. I think that for me, the Piccadilly is associated with a bit more heft than his other watches, so handling this took a bit of mental adjustment. Aesthetically I liked it as much as I thought I would based on the photos; it’s pure vintage Speake-Marin with its white/ blue/ Piccadilly combination. The J-Class is my favourite of his collections for its classicism and how it represents where he started as a watchmaker, and the Velsheda is a fitting update to the much-loved Shimoda.

For those who are unfamiliar with Peter Speake-Marin’s work, here is a short introduction to his most well-known model, the Piccadilly, by a man whose knowledge of the brand probably warrants the label of unofficial bibliographer of Speake-Marin’s works.