As regular readers of Horologium know, the dearth of mechanical complications in women’s watches is something that is occasionally commented upon, so when they do appear there is a certain level of interest.

Montblanc are in the throes of an interesting time under the still relatively early days of CEO Jérôme Lambert. In 2014 they released a new collection of women’s watches called the Bohème, which is to be exclusively mechanical in nature and with sizes of 30mm and 36mm. The intent is seemingly to break into the women’s mechanical watch market at an accessible level and with a range of comfortably wearable watches with a broad range in terms of functionality and aesthetics. There has been an inevitable comparison to Jérôme Lambert’s recent history with regards to bringing mechanical women’s watches to the market.

As well as the more simple models sans complications there is also a Bohème perpetual calendar, the ‘early’ (within in the broader context of the introduction of a new collection) release of which shows not just confidence in the women’s watch market but also Jérôme Lambert’s seriousness about what he plans to do with Montblanc. It has not been a relationship whose beginning has been marked by any degree of hesitancy.

The Bohème Perpetual Calendar Jewellery ‘s  silver guilloché dial provides the backdrop for the complications, which consist of the indicator for the month and leap year at 12 o’clock, the date at 3 o’clock, a moonphase indicator at 6 o’clock, and the day of the week at 9 o’clock. For those for whom this matters, the leap year correction date is 2100, so I wouldn’t be overly fussed about this. You may notice that there is no year indication on the dial. 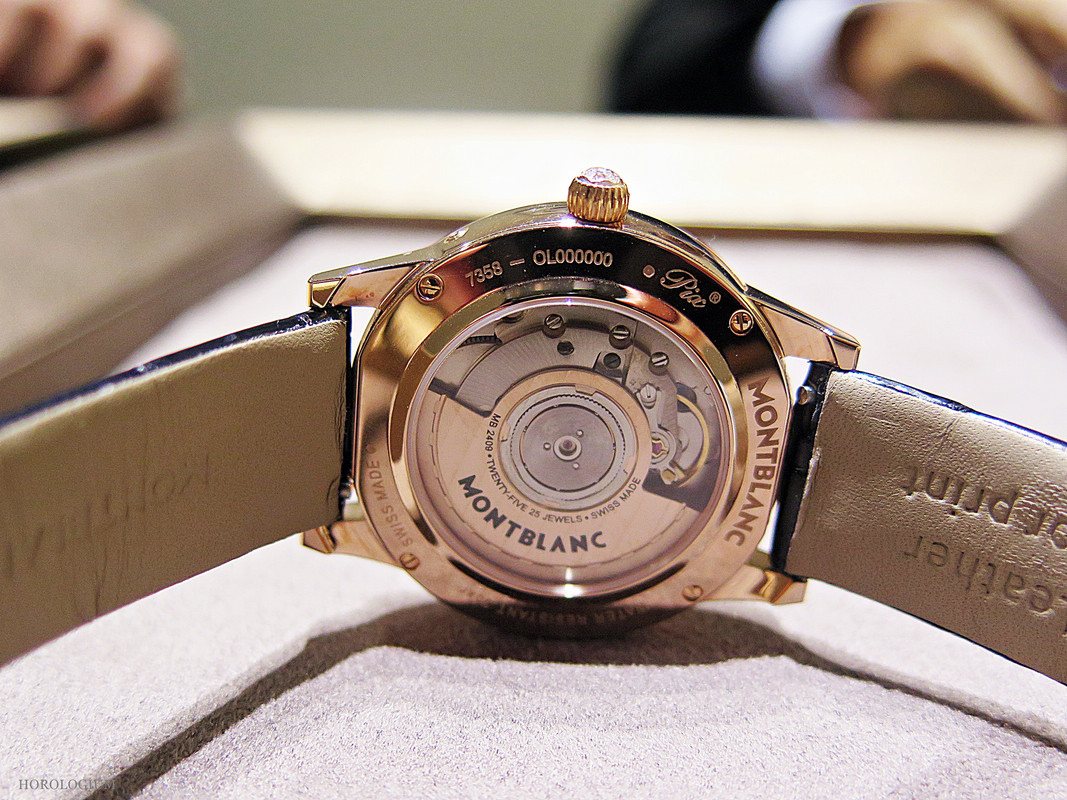 Inside is the automatic Calibre MB29.15, which is visible through the caseback of the 36mm case. The case itself is red gold with sixty diamonds in the bezel and with the Montblanc emblem on the crown displayed in diamond form.

With Montblanc positioning itself in a wide ‘affordability’ range for women’s mechanical watches, and such a talked-about beginning, the future of the Bohème collection will no doubt be followed with great interest, and in particular, to what degree it will entice fans of their pens who have been otherwise uninterested in watches, to venture into that realm.