Home › Brands › Cartier › CARTIER : A new time for the Rotonde

CARTIER : A new time for the Rotonde 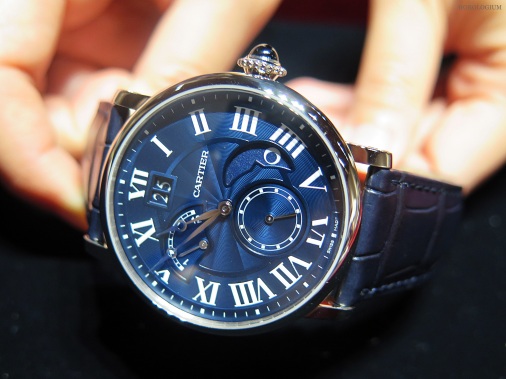 At Watches & Wonders 2014 Cartier launched a whopping sixteen new novelties and two new movements, mostly additions to existing collection lines, and many of which were presented by Carole Forestier-Kasapi, Head of Fine Watchmaking. Today’s post is about one of these new pieces – the new Rotonde de Cartier Second Time Zone Day/ Night, a new accessible complication for the many fans of the Rotonde collection. 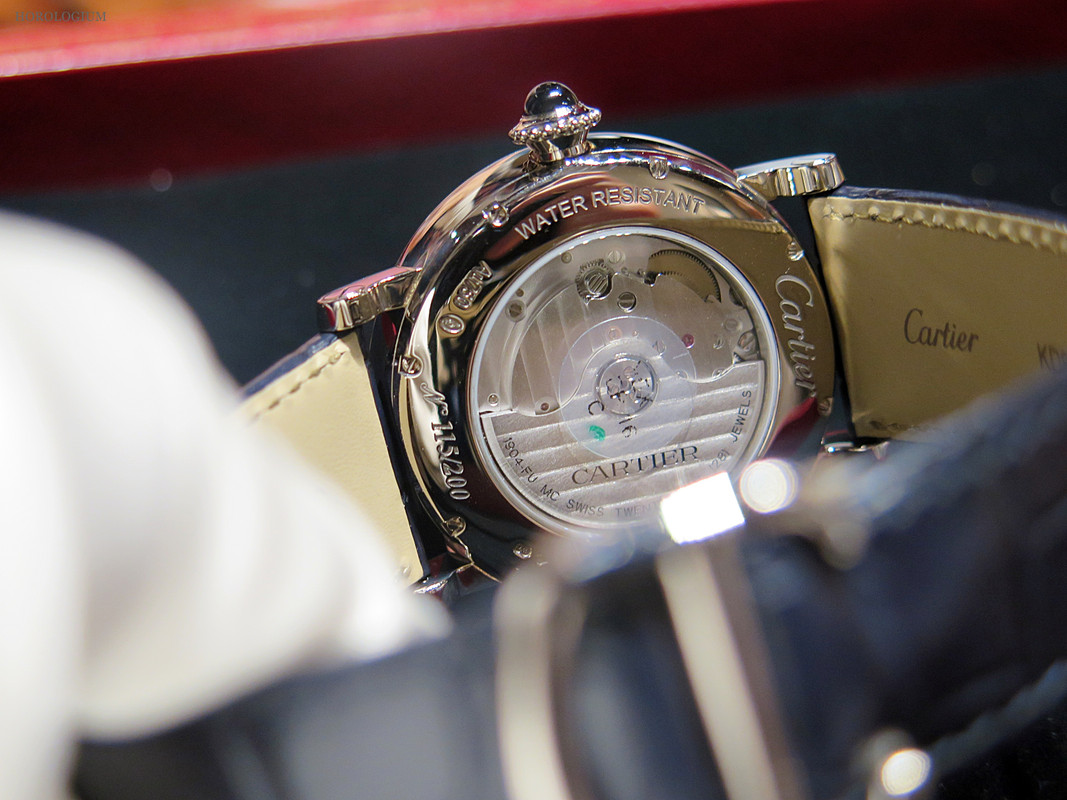 Adding a new complication to the collection and containing the new automatic Cal.1904-FU MC movement with its forty-eight hour power reserve, the functions on this new model are exactly as the name dictates – a new second time zone function, a day/ night indicator, a large date aperture at 12 o’clock, and a small seconds. You will also note that it is a monopusher, so for the frequent travellers amongst us, the new time zone is, happily, quickly set by a simple depression of the crown. This use of a single pusher for this combination of complications is a first for Cartier. 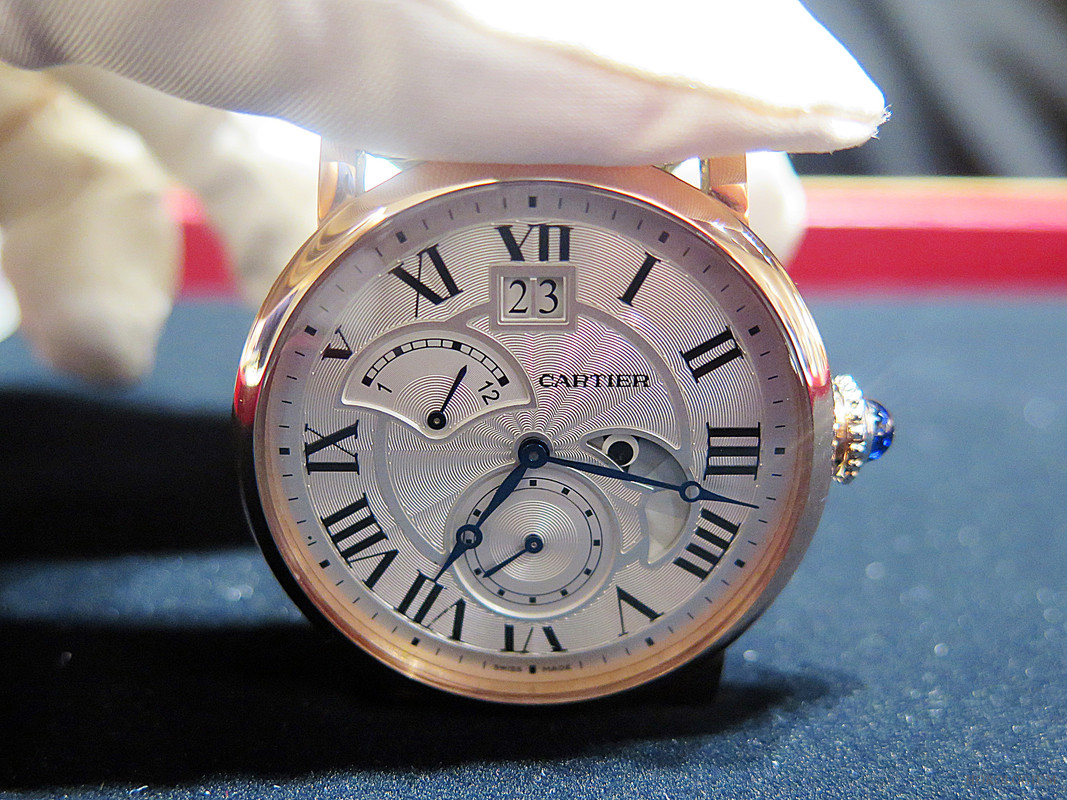 Coming in a 42mm case in stainless steel, pink gold or white gold, the use of silvered or blue guilloché dial finishes, the Roman numerals, and the cabochon crown stay true to the Cartier design codes. If there is one thing you can say for certain about Cartier pieces, and not just the Rotonde ones, it is that their lineage is clear, and their ‘Cartier-ness’ is also self-evident.

Unusually, the home time indicator is a small retrograde feature at 10 o’clock, with ‘1’ and ’12’, the two extremities, as the only digit markers, which probably means that it will take you an extra second to read the makers/ time. A day and night indicator between three and four o’clock works in conjunction with the second time zone display i.e. dislaying whether it is day or night in the home time zone. 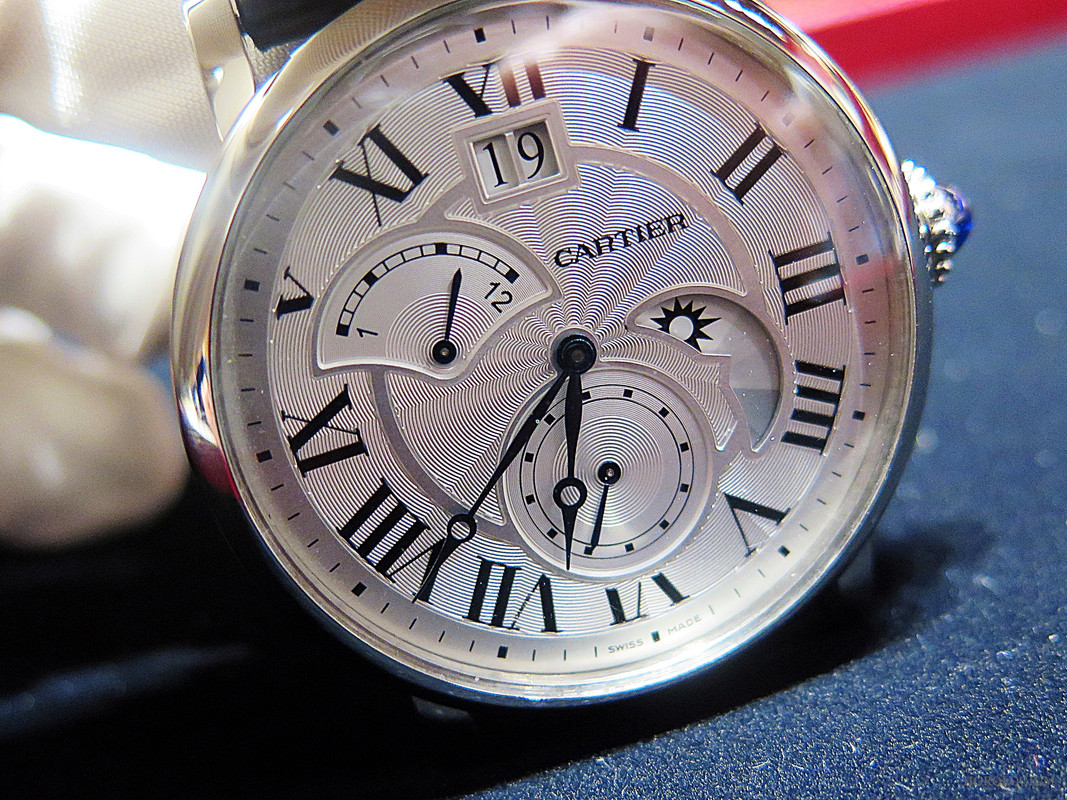 Designed as an entry-level complication in Cartier’s line of timepieces with in-house movements, the white gold version is the exception, produced in a limited edition of 200 pieces, but with the stainless steel model competitively priced under USD 10,000, this will no doubt be popular amongst the legion of  Cartier fans.