Two years ago Jaeger-LeCoultre lauched their Duomètre Unique Travel Time at their then new Place Vendome boutique. At that point it was released in a limited edition of one hundred pieces in white gold, and you can read more about that piece in my earlier post.

As the name indicates, this is a watch with a second time zone, and it is also a part of the Duomètre collection. I’ve written about the Duomètre’s ‘Dual Wing’movement before; in this piece, the Calibre 383 has become an interpretation that allows for the display of two times, local and a second time zone. The two share the same regulating organ but each has its own indepenent source of energy i.e. the operation of the dual time-zone does not affect the running of the watch. You will note that there are separate power reserve indicators for each of the two time sub dials. The local time is indicated on the right sub dial and the second time zone, on the left, with a digital hour display. 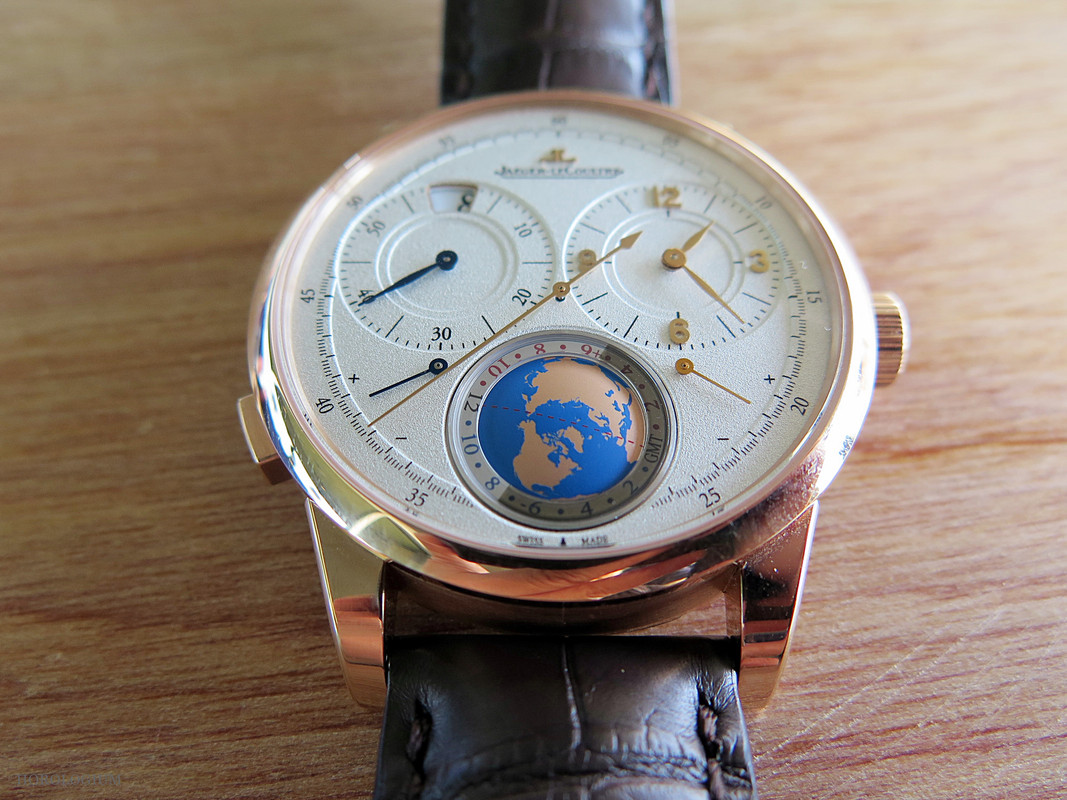 The watch has a fifty hour power reserve for each function and the crown winds both barrels. The single crown is used to adjust the local time when in position two and the travel time when in position one. The local time is set through winding counter-clockwise and the second time zone, clockwise, which means that it can be set for those tricky non standardised time zone differences. Once both time zones are set, you use the push-pieces at 8 and 10 o’clock to adjust (+/-) the jumping hours in the left subdial. And in case of a non-standard time zone, the minutes can be adjusted separately using the crown in position 1. 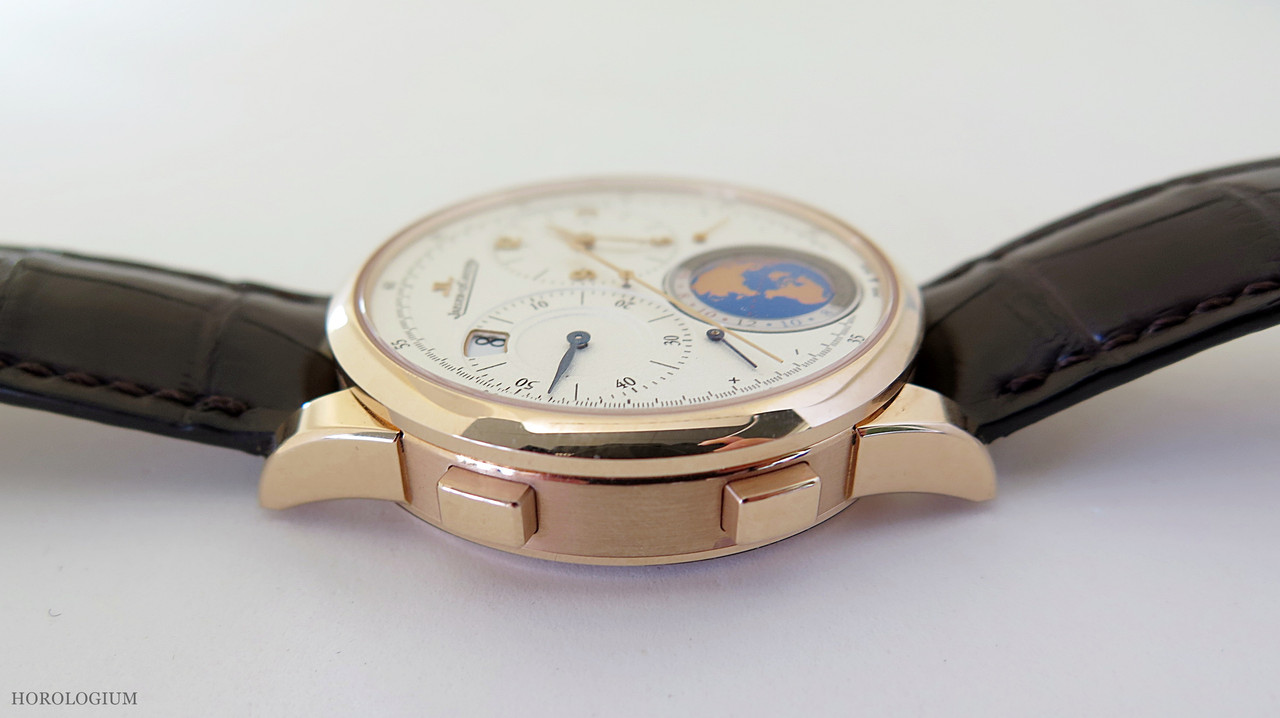 The silvered finely grained dial is beautifully textured and a joy to look at. As I wrote when the piece was announced, one of the best things about this watch is that the dial is not only easy to read, but because the seond time zone dial is distinguished by the use of a digital jumping hour; it’s also an attractive way of differentiating the two time displays.

At six o’clock is a stunning globe that displays a world map surrounded by the time-zone indications and the day/night ring. The globe is synchronised with the travel time. 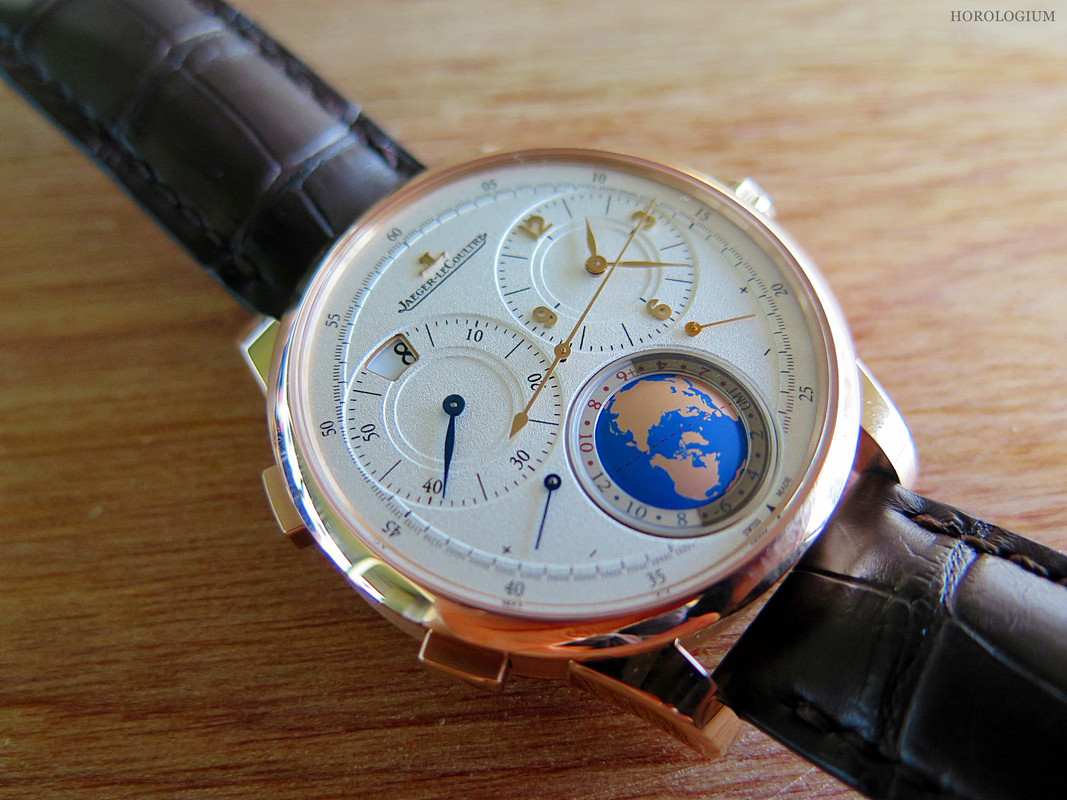 Unlike the limited edition model, this regular model is in 18ct pink gold. It’s really quite impossible to pick which metal is nicer, but this one is certainly more easily obtainable.

Turning over to the back shows the hand-chamfered Jaeger-LeCoultre Calibre 383 through a sapphire crystal case back. The caseback also features the engraved names of the twenty-four cities corresponding to the covered time zones. 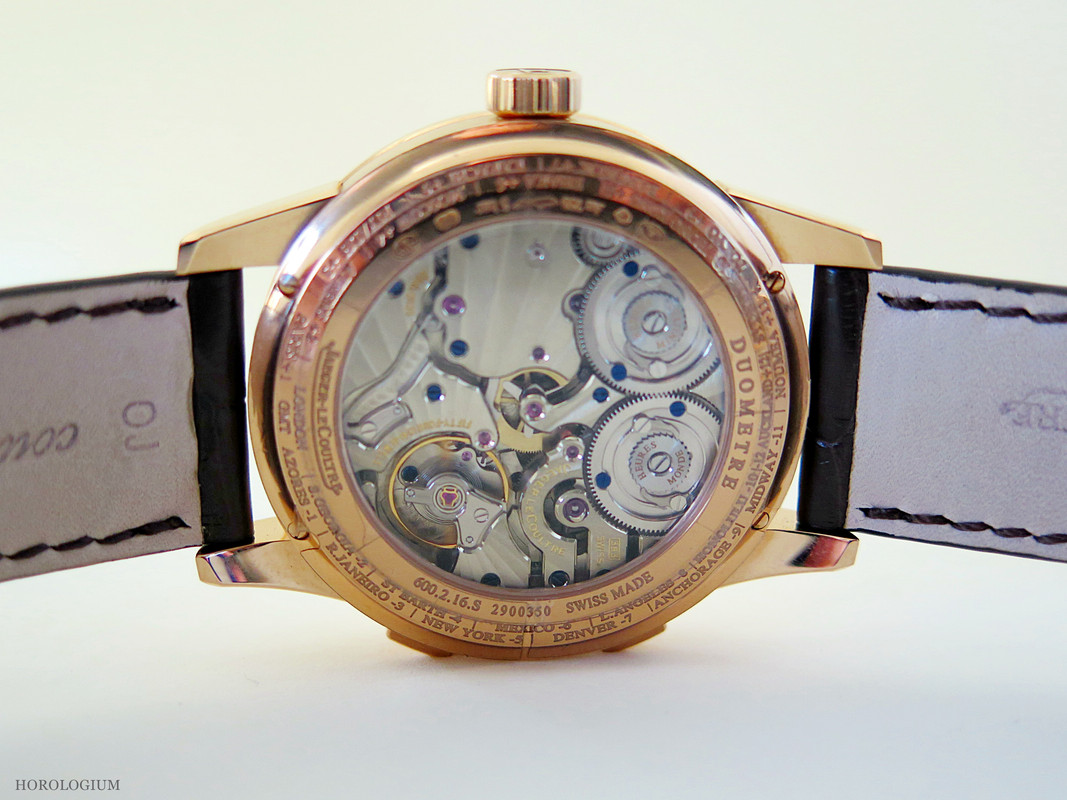 The case is 42mm and 13.7mm thick and sits comfortably and reasonably highly, but not so much that you’d have to worry about it. 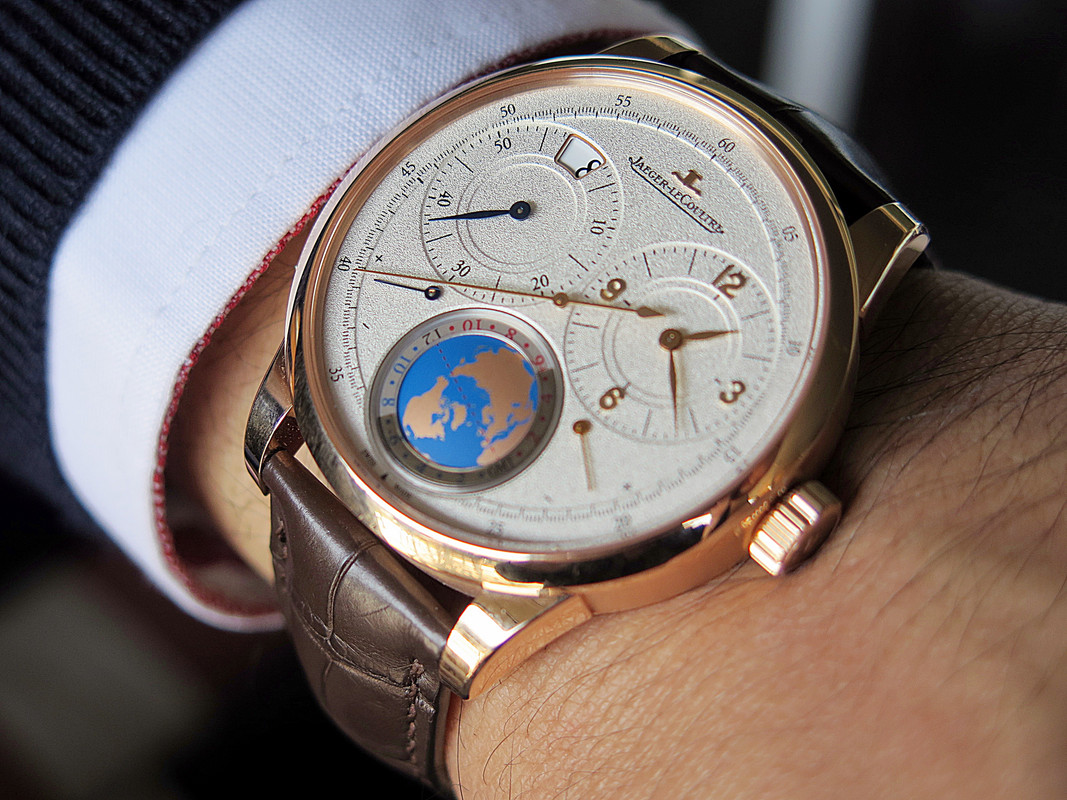 The Australian RRP for the pink gold Unique Travel Time is $52,000 for this watch. Sure, I hear you say, you can get a watch with two time zones for far less than this, but this isn’t just about it being a dual time zone watch but also about the movement, the beautifully elegant Duomètre line, and about the design and finishing of this piece. For those who love balance and delicacy in their dial aesthetics, this will very much appeal to you, and for fans of the previous Duomètres, you’ll be a fan of this one as well.