Thomas Prescher traces his own horological influences to Anthony Randall and Richard Good, British clockmakers who produced two and three-axis tourbillons in the 1980s, interpreting Good’s work in creating a triple-axis tourbillon carriage clock for firstly pocket watches, and then wristwatches. The third axis would revolve hourly. 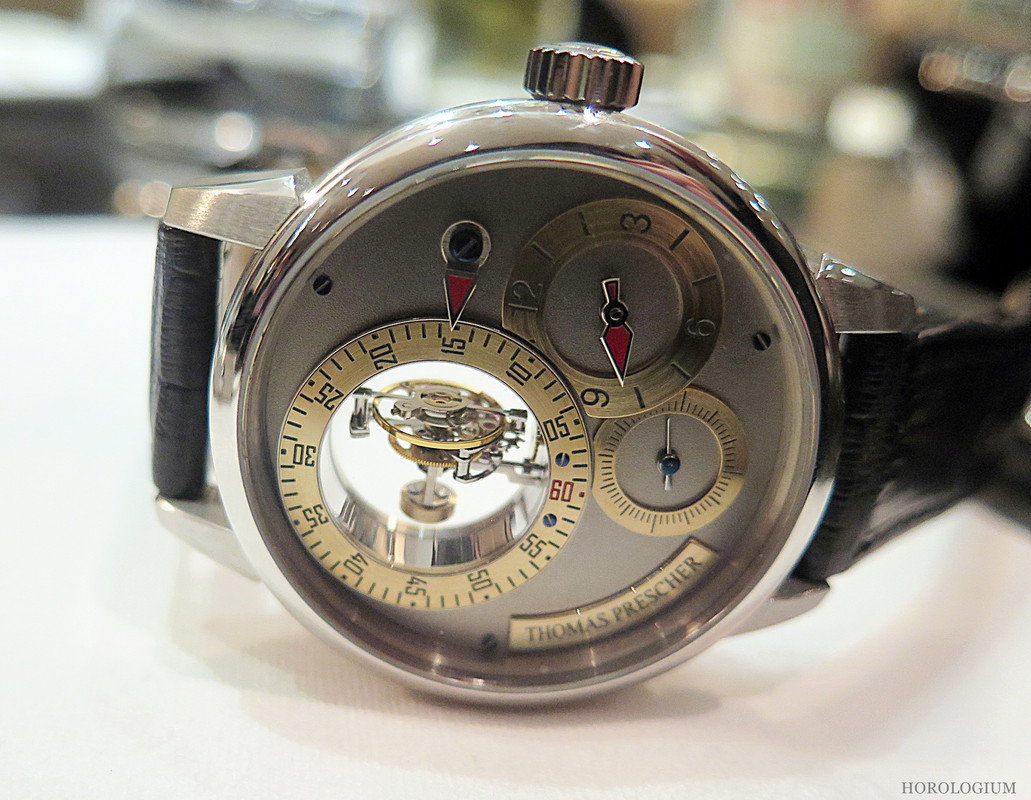 Movement wise it uses an in-house manual wind calibre 3W6A.3 beating at 21,600VPH and with a power reserve of forty hours. The plates and bridges are gold-plated brass and wonderfully hand-engraved/ guillochéd; it’s a very interesting juxtaposition of clean lines and intricate handwork. The tourbillon itself is visible through both sides of the watch, mesmerisingly so. The first axis is that the entire tourbillion spins around at its point of connection; when it hits the red arrow indicator, this is the minute revolution. The second and third axis points of the tourbillion are that it spins vertically and horizontally in its cage. The height of the tourbillon rotation is 12.2mm and the size of the cage, 13.4mm. 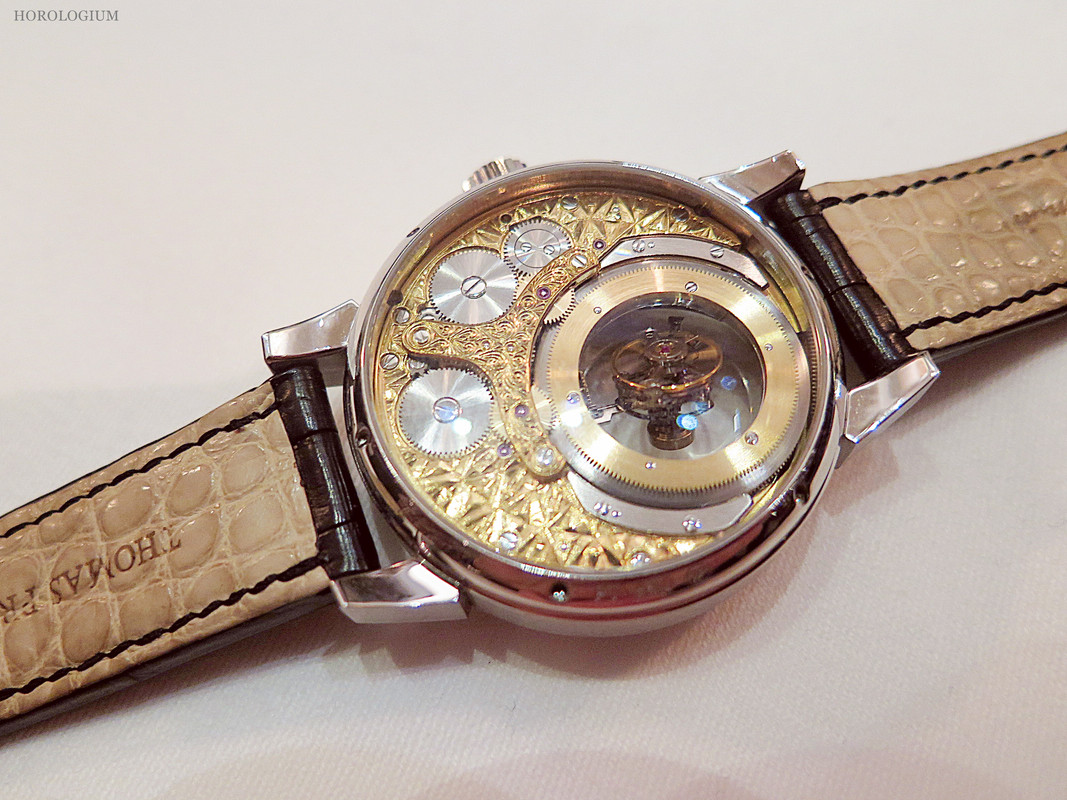 The Triple Axis Tourbillon Regulator Sport is, as the name indicates, a regulator with sub dials, and its functions are confined to hour, minutes and seconds.

As mentioned earlier, the case is available in either 18 carat gold or Pt 950. Both versions have a crystal sapphire crystal on front and back, and are individually engraved with a watch number. The dial is 1.2mm of solid silver, hand guillochéd, with 18kt gold applied indices, dauphine-shaped hands, and what he calls a “hand-engraved name and number-plate”.

A ‘protip’, as they say – if you are fortunate enough to find a Thomas Prescher watch in your hands, step away from everyone for a few minutes to somewhere silent (or less raucous) and take the time to have a proper look at it.